this is the holy land

steven's recent book" the call of the land" has a little passage about greenhorns in it. 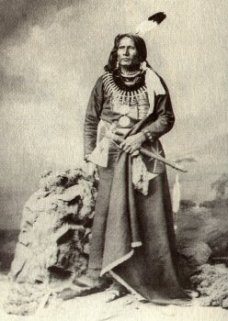 This is the Holy Land…I Am a Human Being
May 22, 2010 –
“I’m always a little surprised when I hear people say that they are getting on a plane and heading off to the Holy Land,” Winona LaDuke said. “Because the Holy Land is here. This is it right here in America. We are standing right now on Holy Land.  My people have known that forever, and it’s time everyone came to understand it.”
Winona was the keynote speaker at the 5th annual Chief Standing Bear Breakfast, served up in the Heartland, May 21, Lincoln, Nebraska. As she uttered the last syllable of her pronouncement about holy land, the Earth responded, as it often will in a moment of truth. The ground began to tremble. The subtle shudder continued for 20 seconds or more. It was definite. I felt it. Others felt it, too.
Currently serving as director of Native Harvest and the White Earth Land Recovery Project, Winona spoke simply but eloquently for 25 minutes before an audience of about 400 people. In the course of her remarks she mentioned her late father, Sun Bear, an old friend and colleague of mine. Sun Bear was an actor, an activist in his own right, and convener of the influential Medicine Wheel Gatherings in the 1980s and 1990s. “Very often,” Winona told the audience, I heard my father say, ‘I don’t want to hear your philosophy if it won’t grow corn.’ It took me a long time to understand what he meant, but I get it now. He was on to something important.
“I know also,” she added, “that when you grow your own food it makes you a better human being. It connects you to the land you live upon, and it relieves a certain poverty of spirit.”

At the breakfast event the Ponca Tribe of Nebraska announced plans to advocate for a national holiday to honor their late chief, Standing Bear, and to strive to have him recognized as someone as important to civil rights as Martin Luther King, Jr.
In 1879, Standing Bear challenged decades of U.S. policy when, in the course of federal prosecution in Omaha, Nebraska, he demanded to be recognized as a person. That was the first time an Indian was permitted to appear in court in this country and have his rights tried.  The government argued that Indians were not entitled to the protection of a writ of habeas corpus because they were not citizens or even “persons” under American law.
Late in the afternoon as the trial drew to a close, the Judge announced that Standing Bear would be allowed to make a speech in his own behalf. No one in the audience had ever heard an oration by an Indian. Standing Bear rose. Half facing the audience, he held out his right hand, and stood motionless. After a long pause, looking up at the judge, he said: “That hand is not the color of yours, but if I prick it, the blood will flow, and I shall feel pain. The blood is of the same color as yours. God made me, and I am a man…”
Standing Bear spoke for several minutes more. When he was complete the courtroom crowd, moved by his logic and his eloquence, erupted with a resounding shout of support. Thereafter, in time, the federal judge handed down a ruling that Indians are in fact human beings — persons within the meaning of the law. This was a historic ruling on the status of Native peoples on the land they have inhabited for many thousands of years — land that, according to their ancestral traditions, they have a definite and special spiritual responsibility to protect.
Scholars have likened the impact of Standing Bear’s case to the impact that the Dred Scott case had for the rights of African Americans.  So signal was the case that NET has produced a TV documentary exploring the issue – Standing Bear’s Footsteps — that will be broadcast later this year.
In what resounded as the morning’s unexpected coda to the case of Standing Bear and all human beings, Winona ended her talk with an observation.  There is currently, she said, a great national debate raging on the subject of immigration. The debate is being stirred by SB 1070, a law recently enacted in Arizona (a law that has become a model for legislation that other states including Nebraska will be voting on the months ahead). “In the circumstances of this law and its impact there is a cruel irony,” she said. “Most of the people who are intended to be excluded from this land by laws like this come from a genetic lineage that has always been here — family lines that trace back in North America for 10,000 years or longer.”
These relatives — mostly people from Mexico and Central America — are in many cases farm workers: people who labor in the fields to grow our grains and vegetables, or who toil like machines in the vast Confined Animal Feeding Operations (CAFOs) and slaughterhouses that yield our chicken, beef, and pork. Whether we acknowledge and respect them or not, these are our Ambassadors to the Holy Land. They touch the Earth on our behalf. They raise up the food that we eat. They, like Standing Bear, are human beings, too.