Here's a note and some analysis from Kevin Skvorak of Regeneration CSA.  Thanks, Kevin! 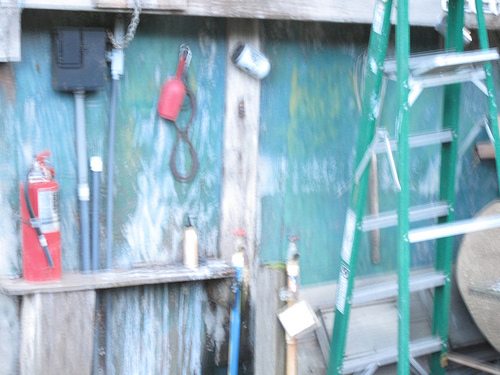 hey greenhorns folks,
if you are thinking about slow money in the HV, here are some links to what has been going on, and some of my analysis.

http://www.meetup.om/The-Greater-Hudson-Valley-Slow-Money-Alliance
Towards a Regenerative Economy - Thoughts about Slow Money from a radical farmer.
Kevin Skvorak, Regeneration CSA
August 31th 2010
I started my comments at the Hudson Valley potluck with the observation that Slow Money is a radical organization, and how grateful I was that a radical 'capitalist' movement that concerns itself with food and farming has come on the scene. As you can imagine this is exciting news for a radical farmer! And in case there is anyone that didn't realize that you were affiliating with a radical organization in Slow Money, I think you all needed to know at some point ....
Being "Radical" of course is nothing to be afraid or ashamed of, far from it!  It is a great word- Radical: from late Latin- radicalis, radix, radic- 'root';  "of or going to the root or origin"; fundamental, essential.

Be careful what you wish for my Slow Money friends.
In any case, this is where we need to prioritize "philanthropy"  (which we should really call investing in true wealth).  As far as I am concerned the key strategic need right now in the Hudson Valley, and much of the NE United States, is true farmland (not just "open space") protection and affordable farm access to new farmers.  To accomplish this we have been working for a while on a non-profit with a mission to specifically protect farmland and provide it to new farmers.  The Hudson Valley Community and Agricultural Land Trust.
There is not a better investment one can make than creating opportunities for new farmers.  And there are a lot of other needed areas of "investment" like this as well.  Educating ourselves about the strategic areas of (so-called) philanthropy, and where they are intersecting with regenerative food/farming goals could also be important work of Slow Money thinkers.

A lot of people pass the following Gaylord Nelson quote around:    "The economy is a wholly owned subsidiary of the environment. All economic activity is dependent upon that environment with it's underlying resource base. When the environment is finally forced to file under Chapter 11 because it's resource base has been polluted, degraded, dissipated, irretrievably compromised, then, the economy goes down into bankruptcy with it because the economy is just a subset within the ecological system."
Not much more to say on that.
Best regards,
Kevin Skvorak
Regeneration CSA
www.RegenerationCSA.org
Hudson Valley Community and Agricultural Land Trust
www.HVCALT.org