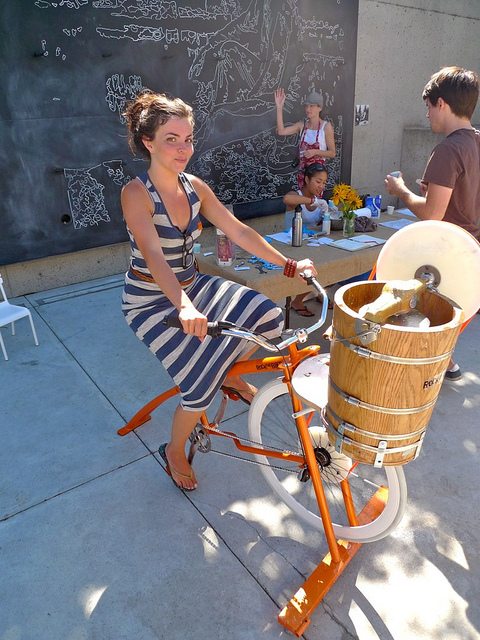 Check out this 6-minute video to learn about the Philosophy of Rock The Bike. This interview and performance footage of Rock The Bike’s founder Paul Freedman, a.k.a. Fossil Fool, was taken during the 2010 Barcelona Bicycle Music Festival. Many thanks to Jonathan Grevsen, the videographer and editor. Thanks also to the Pleasant Revolution, a bike-touring music group sponsored by Rock The Bike. The Pleasant Revolution toured Europe for 6 months in 2010 without vans or trucks. Fossil Fool joined for the Spanish leg of the tour, and contributed to the Barcelona Bicycle Music Festival. Also shown performing: Jared May, bass, the Genie, guitar.