Farm news from the hinterlands...

Dear Severine,
I've been following your blog for the past several months, as I finished one farm apprenticeship and started another. I had been meaning to send a note to you about the farm in Jacksonville where I spent most of the past year, but never got around to it. Today I'm relaxing on a day off from my new apprenticeship at Hope Roots/Guerilla Grown Farms in Westminster, Vermont, and attempting to catch up on the handful of progressive, agriculture-related blogs that I follow (or rather, let Google Reader follow, as I fall farther and farther behind...). I saw your posting from May 8th, looking for farm news from the hinterlands, and decided it was time to stop procrastinating and write this email. 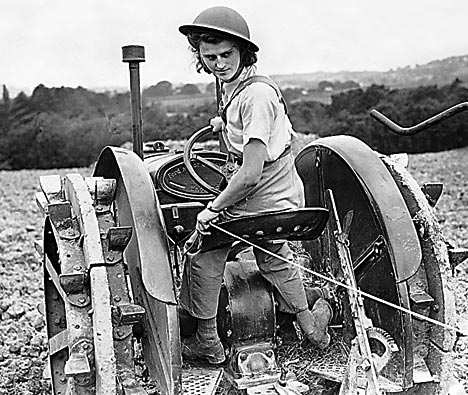 Jacksonville, Florida is where I grew up, and where I returned after a half-dozen years in and around New York City (college, cheap apartment in Brooklyn, etc.). It's the 12th largest city in America, and the largest by land mass, which says nearly nothing about the place. It's a place where young people have always been trying to start something good, and often getting frustrated by the inertia of the city and moving on. I fit into that category, unfortunately. I spent the past three years promoting sustainability in various ways only to end up leaving again for a richer community of knowledge about these sorts of things.
The past year I spent working for Brian and Kristin Lapinski, owners of Down to Earth Farm, Jacksonville's only small organic market farm. They grow a wide variety of vegetables and a few fruits on about a third of their two and a half acre property, just eight miles west of downtown. They're new farmers, and they enjoy a fairly hungry market for their crops, but they're more or less alone in the food desert. A wonderful veggie farmer grows in the county to the south, and another grows in the county to the west, but for miles (nearly an hour's drive), they're the only ones. It's crazy. In Vermont, a state with about half the population of the city of Jacksonville, it seems as if the mountainous, frozen-half-the-time landscape is nearly paved with progressive organic growers like the ones I'm lucky to be working with this summer. How does this happen? How does a huge metropolitan area end up with nobody growing food in it?
Anyhow, I've blogged and pondered and ranted about the strangeness of the economic system that created the northeast Florida food desert, but that's not the point. The point is, the Lapinskis have opened a little aperture of hope there with their lovely and productive farm. It can't be long until someone else in the area hears the call and heads out to the fields. It wouldn't take more than another couple of farmers to make a vibrant agricultural community out there, and there's demand to spare at this point.
Below is Brian's last e-newsletter, which he sends out each week to let people know what they'll be bringing to market that weekend. They're always entertaining, and I'm enjoying reading them from a thousand miles north. If their plans remain as they were when I left a few weeks ago, they'll be looking for a new apprentice for the fall. There seems to be a shortage of willing farmpunks in that part of the world, but I hope they'll find the help they need.
The other key to Jacksonville's budding sustainable agriculture movement is the Beaches Local Food Network. This crew started a farmers market on Saturday afternoons, the only one at the time that even bothered to try finding small scale local producers! At first Gretchen invited even gardeners with spare veggies to come sell at the market. Anything to spread the local food gospel. About two years later they've got a lovely and profitable market, and have also built the city's most intentional and gorgeous community garden. I'll forward their latest newsletter to you in a sec. It has images that I think won't copy properly.
Thanks so very much for your blog. It brings me such wonderful news from the world of young people following this mission. It's edifying and exciting. Especially while I was in Jacksonville, it helped keep me from feeling alone.
peace and carrots,
Jennifer
- - - - -
Down to Earth Farm e-newsletter:
Hello Friendly Eaters!
On Tuesday evening as the rain was pouring down and the forecast was for more and more and more, I took a few quiet moments to remind myself that there was nothing I could do so getting anxious about it won't help. Breath in, breath out. Ahhhh. Of course I couldn't completely stay in my zen state the whole week as our little veggie farm turned into a rice paddy. In the middle of the night when a squall would pass through and make a thunderous racket, I would be conscious enough to incitefully think, "darn!".
Well for all of my anxiousness, I think that Down to Earth Farm will be just fine. The field is a mud pit in many places, but since we use raised beds most of the veggies are not underwater. I included a photo of one of the sad results of too much rain on tomatoes. The description I have read for the tomato cracking phenemenon is as simple as the inside of the fruit expanding faster than the outside. Moderating the irrigation will manage this. Ten inches of rain in three days, apparently, is not 'moderating'.
Well the forecast for tomorrow is not ideal, but the Riverside Art Market and Green Markets are Rain or Shine. We and other local farmers would greatly appreciate you venturing out and supporting us even in these conditions. We will be up at 5:45 harvesting delicious fresh veggies regardless of the weather!
This week we will have lots of delicious greens -kale, chard and vitamin packed amaranth, tasty crisp cucumbers, squash and zucchini, fresh dug new potatoes, fresh basil and some glorious snapdragon and zinnia bouquets.
We will only be at the Riverside Arts Market this week due to a wedding of some of our close friends in the evening!
Thanks for your support!
In Peace,
Brian, Kristin and Olivia