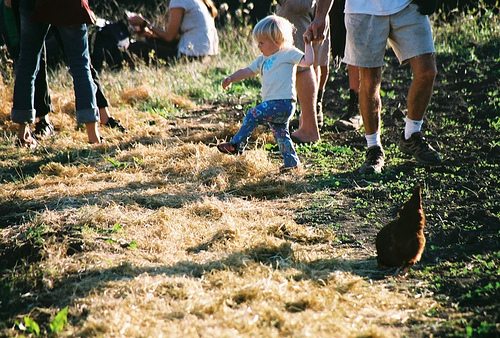 The U.S. Senate version of the 2012 Farm Bill will be introduced by Chairwoman Debbie Stabenow in the next few days, and immediately following its introduction it will be marked up and voted on by the Senate Agriculture Committee. Changes to programs and funding levels are being floated — some not so good and some outright bad.

One high-quality program under threat is the Beginning Farmer and Rancher Development Program.  Passed in the 2008 Farm Bill with dedicated funding, this program helps resource groups and institutions assisting new farmers. (See background information below.)

Thousands of beginning farmers have received support though these Beginning Farmer and Rancher Development Program funded projects. You probably know an organization or institution that received a grant or you know a new farmer that participated in a project. The program leverages that community-based support, which makes a huge difference for beginning farmers. It’s a great example of how public investments can stimulate the outcomes we want –  more beginning farmers getting started and succeeding. That is something we all know we need more of.

U.S. Senators need to hear from organizations and farmers about the need for making real investments in beginning farmer support. Ask your Senator to secure these resources that maintain and grow training and assistance for our next generation of American farmers and ranchers.

Message:   I want Senator __________ to make the Beginning Farmer and Rancher Development Program a top priority and to ensure it is funded at $25 million a year in the Farm Bill. We need to invest in support for new farmers. Dedicate the funding and continue this new farmer support program as is.  It does not need changes. It does not need tweaks. It needs funding.

When you call, it’s best to try and contact the staff member responsible for agriculture issues if you can.  If they are not available, make sure to leave a message with the receptionist. Let them know what organization you’re with and where you’re from.