Thanks to Paula for telling us about this article from the telegraph.co.uk .
MAY 23, 2010: The Champs-Elysees was transformed into a giant strip of farmland, as French farmers attempted to generate public enthusiasm about a sector they say faces an uncertain future. 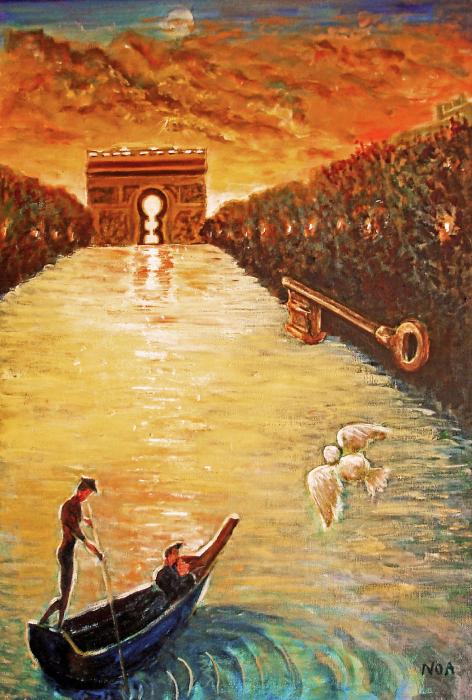 The two-day event, timed to coincide with a holiday weekend, attracted huge crowds for its first day amid summer-style temperatures in the capital city.

The Jeunes Agriculteurs (Young Farmers) union, representing some 55,000 farmers under the age of 35, installed mini-fields along a half mile stretch of the avenue – whose name means "Elysian Fields" – to present an array of farm production from lavender plants to livestock.

The event harks back to a display organised 20 years ago in which combine harvesters cut a field of grain on the same avenue in Paris, and farmers hope it will garner support as they seek to reverse a decline in farm revenues.
Farmers have used Paris as a stage for protests in recent months, including a tractor-led demonstration and an unauthorised protest in front of the presidential palace.
"It's an opportunity to talk about agriculture in a very positive way," Jean-Michel Lemetayer, president of France's main farm union, the FNSEA, said.
"We're lucky to have great weather – nature expresses itself even better when the weather is good."
Mr Lemetayer and other union officials accompanied Agriculture Minister Bruno Le Maire and Environment Minister Jean-Louis Borloo as they visited the rural displays.
The presence of the ministers offered a way for the authorities to ease tensions in farming over environmental legislation they say has penalised their competitiveness.
"It's not about them and us, one side against another," Mr Borloo said.
"There are parts of the (farming) profession that are in a fragile state, we have to be very attentive to that."
The effort by French farmers comes as they call for the European Union to maintain a strong regulatory framework for farming as the bloc debates the future of its Common Agricultural Policy, under which France currently receives the most subsidies out of the 27 EU countries.