consider joining this listserv to learn about ag policy 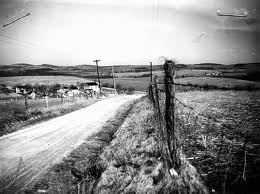 Farm Bill and Policy Issues
DTN Ag Policy Editor Chris Clayton reported yesterday that, “A bipartisan group of former U.S. agriculture secretaries joined current cabinet member Tom Vilsack at the USDA Outlook Forum to defend USDA’s programs and the importance agriculture plays in society.”
The DTN article noted that, “Sen. Mike Johanns, R-Neb., who served as agriculture secretary from 2005-2008, sits on the Senate Agriculture Committee now, which is working to write the next farm bill. He noted agricultural prices are in a good spot currently. Johanns is cognizant of the budget issues facing the farm bill, but thinks some of the issues facing agriculture concern the message.
“‘We have got a tremendous challenge to make the case that food security is about national security,’ Johanns said.”
Alan Bjerga reported yesterday at Bloomberg that, “U.S. Senator Mike Johanns, a Republican from Nebraska who led USDA under President George W. Bush, said he is optimistic that the Senate will approve a farm bill, while the legislation’s fate in the House of Representatives ‘is much more unpredictable.’
“Subsidies predicted to reach $11 billion in 2012 are under scrutiny as Congress begins crafting the legislation, which will authorize spending for all USDA programs, including farmer payments, food stamps and rural development. The payments, while providing a safety net for farmers, encourage production and lower commodity costs for Cargill Inc. and Archer Daniels Midland Co.
“Subsidies are ‘not the only issue we should be talking about,’ [former Secretary of Agriculture Dan Glickman] said. ‘The biggest challenge is our research budget,’ he said. ‘You look at the world 20 and 30 and 40 years out, you wonder, do we have the ability to have another Green Revolution’ that can boost productivity to meet global needs, he said.”
Sarah Gonzalez reported yesterday at Agri-Pulse Online that, “Agriculture Secretary Tom Vilsack told the 150th Ag Outlook Forum today that creative solutions need to be included in the next Farm Bill for beginning farmers and ranchers.
“‘As we shape the Farm Bill, it’s important we provide due consideration to people wanting to start farming,’ Vilsack said. ‘We have to address barriers to the transfer of land buried in our tax system.’”
Yesterday’s Agri-Pulse article added that, “While acknowledging that many areas of the Farm Bill would be reduced, he [Sec. Vilsack] noted that research should be one area that grows to ‘meet the food, fiber and fuel demands of the future.’”
Several lawmakers are using time away from Washington, D.C. this week to meet with their constituents about agricultural issues and the Farm Bill.
News reports indicated that, Rep. George Miller (D., Calif), House Agriculture Committee Member Bill Owens (D., N.Y.), Senate Agriculture Committee Chairwoman Debbie Stabenow (D, Mich.) and Rep. Cory Gardner (R., Colo.) all held, or will be holding policy related meetings with voters this week.
And House Agriculture Committee Members Steve Southerland (R., Fla.) and Martha Roby (R., Ala.) posted updates on Twitter highlighting constituent meetings on agriculture recently.
Rep. Southerland noted yesterday  (@Rep_Southerland) that, “About to begin our listening session at the Jackson County ag conference center. Will be discussing farm bill with local farmers.”  While Rep. Roby tweeted earlier this week (@RepMarthaRoby ) that, “Met w/ my Agriculture Advisory Committee in Pike County. Proud that all 16 AL-02 counties are represented on the panel: on.fb.me/zl4FqL”
And a news article yesterday from the Marshall Independent (Marshall, Minn.) reported that, “Staff members working for both U.S. Sen. Al Franken and U.S. Congressman Collin Peterson were in Marshall, gathering public concerns and feedback as the Senate prepares to debate the 2012 bill.”
Meanwhile, an update posted yesterday at The Oklahoma Farm Report Online stated that, “Oklahoma agricultural producers urgently need a new farm bill that provides a strong safety net for farm income using a combination of crop insurance, a revenue assurance program and price protection. That’s the message recently delivered by the Oklahoma Farm Bureau Farm Bill Committee.
“‘We encourage farm groups to work together to support Cong. Lucas and Sen. Stabenow to get the new farm bill passed quickly,’ committee chairman Scott Neufeld said. ‘We’re concerned if this is not passed by July 1, it will not be passed this year. Continued delays by Congress to pass the new farm bill will reduce the farm program’s effectiveness.’”

Regulations
DTN writer Todd Neeley reported yesterday that, “CropLife America and other interveners are seeking the dismissal of a lawsuit that could affect the use of hundreds of common agriculture chemicals across the country.
“A motion was filed Wednesday in the U.S. District Court Northern District of California seeking to dismiss the lawsuit filed by the Center for Biological Diversity in January 2011. In the motion, Responsible Industry for a Sound Environment, Southern Crop Production Association, Western Plant Health Association and Mid America CropLife Association, American Chemistry Council and Reckitt Benckiser LLC, argue that the CBD lawsuit is ‘fundamentally flawed’ because it did not offer specific actions EPA should take that should have resulted in consultations with federal wildlife officials on the effects of the chemicals on of endangered species.
“The American Farm Bureau Federation filed a motion in support of the motion to dismiss, according to court documents.”
Ben Protess reported in yesterday’s New York Times that, “Federal regulators are narrowing a list of possible new safeguards for customers at futures firms, a response to the collapse of MF Global and the disappearance of more than $1 billion in client cash.
“The Commodity Futures Trading Commission will hold a public roundtable next week to discuss policy changes, including a plan that would allow customers to trade through futures brokerage firms without keeping their excess cash there, according to a copy of the agenda provided to The New York Times.
“The plan, which would allow customers to keep their cash at clearinghouses rather than brokerage firms, is gaining support in pockets of the regulatory world. The commission is also circulating an internal list of more than 10 other ideas, including keeping customers updated on the whereabouts of their money and creating an insurance fund to backstop losses in customer accounts.”

Political Notes
An article posted yesterday at the Marshall Independent (Minn.) reported that, “Democratic U.S. Congressman Collin Peterson on Wednesday said he knew he needed to pick up about 70,000 people in the once-a-decade redistricting process, and even though his already-widespread district grew this week, it’s nothing compared with the last time this process played out.
“While Peterson’s unsure if he’ll be part of the political arena the next time redistricting comes around 10 years from now, he said taking on a few more counties won’t be a problem this year.”
The article pointed out that, “‘I think it’s the Democrats that the people are more upset with, with everything that’s going on in this country, but I’m not seen in that vein,’ [Rep. Peterson] said. ‘We don’t have the big issues in my district because the farming has been so strong, and frankly, manufacturing has been strong. We don’t have the unemployment numbers in my district like they have in some places; housing, there never really was a bubble. We’re like in a different world out here and we’re lucky.’
“On the Farm Bill, which expires in September, Peterson isn’t sure whether Congress will be able to advance legislation.
“‘The Farm Bill is gonna be a big thing this year, obviously in my district where agriculture is the primary industry, but it’s unclear whether we’ll be able to get it done because of all the partisanship going on and the budget,’ he said. ‘We’re working with the Senate, we put together that supercommittee bill, but it will be the main focus for me. But people are concerned about the deficit – I am as well and we need to get something done with that, because we can’t keep running up these deficits.’”
And Kathie Obradovich penned an interesting item yesterday at The Des Moines Register Online regarding the Congressional race between House Agriculture Committee Member Steve King (R., Iowa) and Democrat Christie Vilsack.