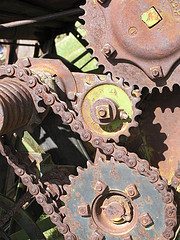 The federal government plans to convene a meeting this fall of young and beginning farmers with representatives from the ag industry and Ottawa, toward what's expected to be a "redesign" of policy tools meant for renewal in the ag sector.
Jean-Pierre Blackburn, the federal minister of state for agriculture, on Monday announced general plans for what the government has dubbed the National Future Farmers Network, plus a new section on Agriculture and Agri-Food Canada's website for young and beginning farmers. The goal of the National Future Farmers Network meeting, the government said in a release Monday, is to bring young farmers' "voices to the fore and put their ideas into action."
continue reading this article HERE.