Now that we are blanketed down in snow and the sun is setting well before dinner, perhaps you, along with a great deal of other young landless farmers, find yourself looking for your next agricultural pursuit.  If so, here is a great opportunity to work alongside the sisters of Our Lady of the Rock, a Benedictine Monastery on Shaw Island, WA.

At Our Lady of the Rock we offer informal internships through a monastic “Land Program”. These internships are open to men and women, of all faiths, over the age of 18. Enrollment is limited. Internships may be for six months or one year.

END_OF_DOCUMENT_TOKEN_TO_BE_REPLACED

This short documentary out of the UMaine Extension office may appear jut to be another movie about sheep, but don’t be fooled; it’s actually the most heartwarming dog movie since Homeward Bound! (Or, we should say, at least for agricultural geeks…) Featuring: Doreen and John Simmons, Gwen, and Bea of Stoneheart Farm in South Paris, Maine.

Pasture Cropping: A Regenerative Solution from Down Under
By Courtney White

Since the late 1990s, Australian farmer Colin Seis has been successfully planting a cereal crop into perennial pasture on his sheep farm during the dormant period using no-till drilling, a method that uses a drill to sow seeds instead of the traditional plow. He calls it pasture cropping and he gains two crops this way from one parcel of land—a cereal crop for food or forage and wool or lamb meat from his pastures—which means its potential for feeding the world in a sustainable manner is significant.

As Seis tells the story, the idea for pasture cropping came to him and a friend from the bottom of a beer bottle. Ten of them, in fact.

It was 1993. Seis, a sheep farmer in western New South Wales, and his friend Daryl Cluff, also a farmer, were drinking beer one night, contemplating paradigms. Why, they asked, were crops and pastures farmed separately? Their answer: tradition. They had been taught that pasture and crop systems operated by different ecological processes and were thus incompatible. Crops needed tilling and pastures needed animals. The systems could be alternated over the years, but never integrated. Right? Or wrong? They decided to have more beer. 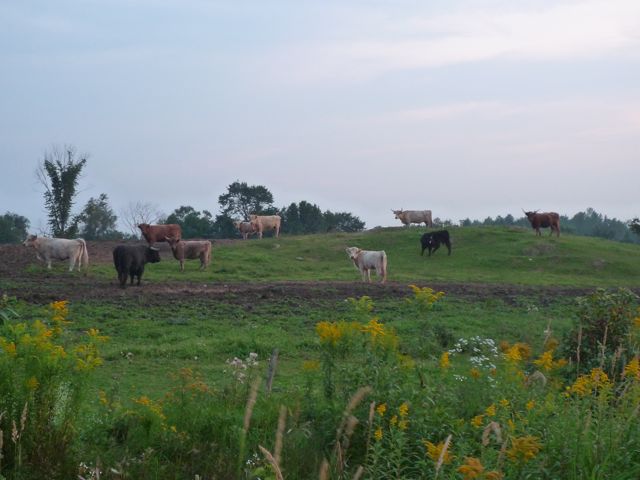 The BEHAVE project
Many visitors will recognize the name of Dr. Fred Provenza from Utah State University. This is where you can hook up with Fred and his many colleagues studying and teaching a holistic approach to human and natural resource management.
http://www.behave.net

BEEF magazine
Jim is a contributing editor for BEEF with a regular column, The Grazier’s Corner. A good all around source for news and information for the livestock industry.
http://www.beef-mag.com/ END_OF_DOCUMENT_TOKEN_TO_BE_REPLACED