Read this 2008 study on the University of Nebraska’s Digital Commons. The study publishes research supported by the U.S. Geological Survey (USGS), National Water-Quality Assessment (NAWQA) Program done in 2003 and 2004, which found statistically significant levels of herbicides and insecticides in rainwater in Maryland, Indiana, Nebraska, and California. We’d like to know how these levels are changing over time as high pesticides continue to be sprayed around the country.

The Gazette, and Iowa City newspaper, recently published a story mentioning the “struggling farm economy” being the cause of the cancellation of a $90,000,000 Monsanto seed corn plant. The story can be found here, but one must ask the question: Is consumer awareness prohibiting the expansion of these GMO giants? Keep putting your money where your ethics are, dear shoppers.

As a supplement, take a look at the USDA’s Economic Research Service and you’ll see that the value of net production per acre for organic is nearly three times that of conventional.

You have probably noticed that there’s a lot of bad news going around these days, and I don’t know about you, but sometimes I just need to watch a feel-good video on the internet. Which brings me to today’s installment of Californians just do the coolest things! (The link reroutes you to an episode of old TV treasure, California’s Lost Gold.)

Check out that sweet video, and if you’re interested more, stop on by the website of La Ronna Jojoba Co. Larry and Donna Charpied have been growing jojoba as an alternative to whale oil for 30 years, and their story is fabulous: it’s the kind of story you’d expect from organic farmers: the bucking of “conventional” wisdom and an awesome stubborn doggedness to grow in a way that doesn’t drain the precious resources of the local ecosystem.

If I’m going to spend extra on organic produce and products, they better well be fully organic. We’re talking pesticide-free, earth-friendly, non-synthetic organic here. If I get a product labeled organic that doesn’t meet those standards, I’m going to feel cheated.

And, as of today, I could sue. In an opinion released today, the California Supreme Court ruled that consumers can sue over “misrepresentations in labeling,” when products are misleadingly labeled as organic.

Organic or Just Sort of Organic?

The California Supreme Court’s ruling came after Herby Thyme Farms, one of the largest herb growers in California, was accused of mixing organic and conventionally grown herbs in the same package and selling them under a “fresh organic” label.

A class action against the growers alleged that consumers were lead to believe that the herbs were 100 percent organic when they were not — and they paid a premium for that organic designation. Lead plaintiff Michelle Quesada sued Herb Thyme under California’s unfair competition and false advertising laws.

END_OF_DOCUMENT_TOKEN_TO_BE_REPLACED

“E.P.A. can no longer be confident that Enlist Duo will not cause risks of concern to nontarget organisms, including those listed as endangered, when used according to the approved label,” the agency said in its filing to the United States Court of Appeals for the Ninth Circuit in San Francisco.

Keep The Soil In Organic began as a petition started by Dave Chapman, the owner/grower at Long Wind Farm, and David Miskell of Miskell’s Premier Organics.

Why are we doing this?

We are doing this because of our deep concern about a failure to maintain the integrity of the national organic standards. The way that the national standards work is that a group of federal bureaucrats from the USDA (called the National Organic Program, or NOP) are responsible for defining and administering organic standards for the United States. They are guided by an advisory committee of 15 people (called the National Organic Standards Board, or NOSB) representing organic farmers and consumers, who make informed recommendations to the USDA. The USDA has sometimes taken a long time to respond to a recommendation, but never before have they actually reversed a recommendation of the NOSB, which is charged with the mission of representing the organic community. The NOSB is a balanced group of committed, well informed people, who have taken their responsibility of guiding the federal organic standards very seriously. They do a great deal of good research and hold public hearings to hear all points of view, before making a recommendation. They only make recommendations on subjects requested by the NOP.

In 2010 the NOSB (National Organic Standards Board) submitted a recommendation to the NOP (National Organic Program) that soil-less vegetable production NOT be certified as organic. (See below). Until that time the issue of soil-less growing had never been addressed by the NOP, so the NOP asked the NOSB to come up with a recommendation. The NOSB voted 12 to 1 (with 2 abstentions) to prohibit soilless production. They wrote out a carefully worded, well thought out document, making their arguments clear. The recommendations of the NOSB are almost always eventually accepted by the NOP, but in this case the NOP has not acted on the NOSB recommendation, and three years later, the NOP continues to ALLOW hydroponic vegetable production to be certified as organic. The NOP has not offered any guidance to certifying agencies on this matter, nor any explanation. They have not held public hearings.  Many certifying agencies in the US are now refusing to certify hydroponic operations as organic. 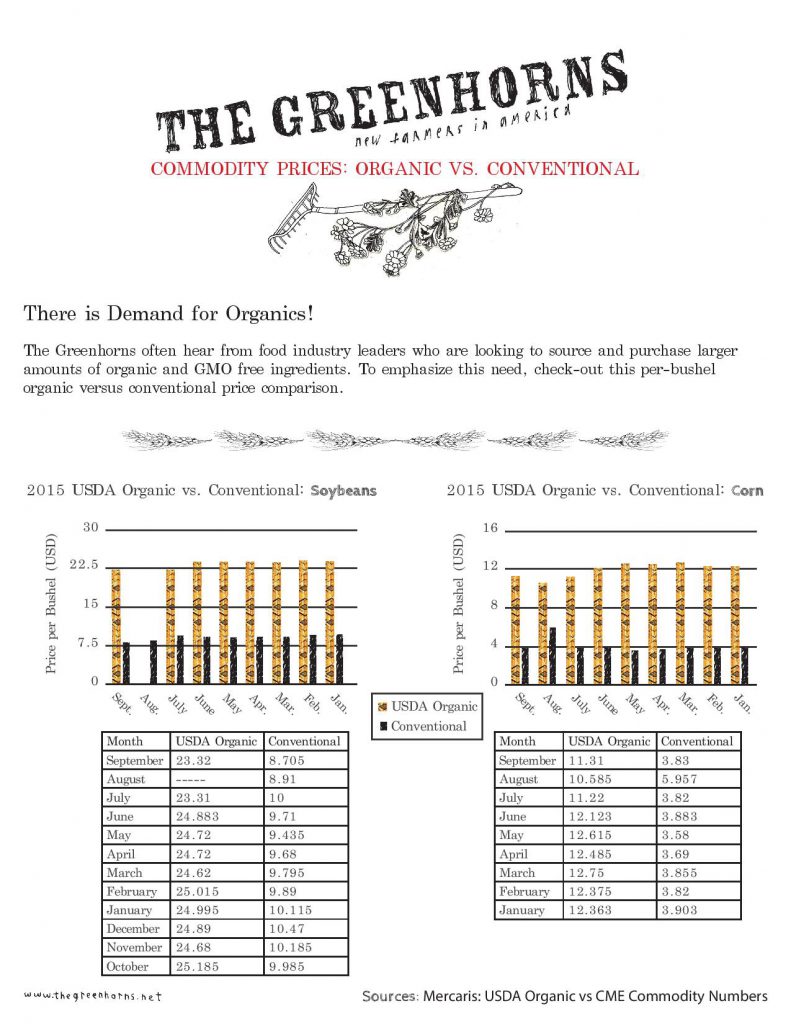 Lest we forget why we care so much about this whole sustainable ag movement… Tyronne Hayes and Penelope Jagessar Chagger on “The Toxic Baby,” or how the chemicals in our world– especially in our food– affect our unborn children.

We must begin to connect the dots between fossil fuels, global warming and related issues, including world hunger, poverty, unemployment, toxic food and farming, extractivism, land grabbing, biodiversity, ocean destruction, deforestation, resource wars, and deteriorating public health. As we regenerate the soil and forests, and make organic and grass-fed food and fiber the norm, rather than just the alternative, we will simultaneously develop our collective capacity to address all of the globe’s interrelated problems.

The extraordinary thing about de-industrializing food and farming, restoring grasslands and reversing deforestation—moving several hundred billion tons of carbon back from the atmosphere into our soils, plants and forests—is that this regeneration process will not only reverse global warming and re-stabilize the climate, but will also stimulate hundreds of millions of rural (and urban) jobs, while qualitatively increasing soil fertility, water retention, farm yields and food quality.