The Hand That Feeds trailer from Robin Blotnick, a film on reforming the food system by organizing from the ground up for fair wages, fair working conditions, and collective bargaining rights. This is a rare story in which workers, with tenacity beyond imagination, are actually able to defeat the giant. It is also a good reminder that food justice work in the United Staes should be inherently intertwined with immigration reform.

Occupy the Farm, an inspiring documentary about a community struggling to save public land for urban farming, is premiering in theaters November 7th!  The film highlights the power of direct action, and invites us to consider new strategies for activism.  Join the Facebook page for ticket information, to organize a screening, and to help get the word out!
You can also check out Occupy the Farm’s website, and follow the organization itself on Facebook.

On May 25, activists around the world will unite to March Against Monsanto.

Why do we march?

Occupy the Farm announces Spring action
When: Saturday, May 11th at noon
Where: Albany City Hall – corner of San Pablo and Marin

On May 11th, farmers, students and concerned Albany citizens will re-establish the Gill Tract as a productive urban farm, putting the public land to public use. Last week, UC Berkeley announced that it will proceed with plans to pave over and build on this historic farmland. Despite 15 years of local resistance, the university continues to push for a chain grocery store and commercial retail space on the Gill Tract, highlighting the urgent need for community action.

In April 2012, the organization Occupy the Farm planted a publicly-accessible farm on the Gill Tract, winning temporary protection for a portion of the land. This most recent development proposal makes it clear that the Tract is still under threat.

On Friday November 16, 2012, the University of California (UC) razed all of the publicly planted crops on the Gill Tract.

Occupy the Farm is disappointed that the UC has unneccessarily destroyed the hard work of the community and food that could have fed it. Over the course of the last month, members of the public sowed edible winter greens together with fava beans, a popular and effective cover crop. Had the UC left these in place, the Gill Tract would have benefited from the necessary nutrient building over the course of the winter, and would have produced food for the community. The weekly distribution and harvest events could have continued that, over the course of the summer and early fall, have yielded over one ton of food from the crops planted during the occupation last Spring. This free food was distributed locally in Albany, Berkeley, Richmond and Oakland at pop-up farm stands organized by Occupy the Farm. END_OF_DOCUMENT_TOKEN_TO_BE_REPLACED 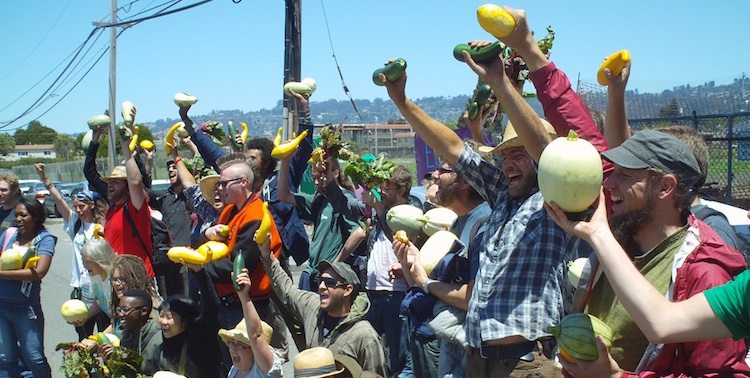 At 9:40 AM on July 7, 2012, urban farm activists re-entered the Gill Tract in Albany, CA to harvest crops planted during the 3-week occupation earlier this spring. The action came in response to UC and Albany City officials organizing an invite-only harvest party of the same crops. This date marks the first re-entry of urban farm activists on the land since UC Berkeley reasserted private control of Gill Tract through a police raid on May 14, 2012.

“The ‘community inclusion’ rhetoric put forth by UC Berkeley and the City of Albany has shown to be full of hot air. Since the Farm was raided, they have not had a single public discussion, yet feel they can railroad the development process through by calling an emergency council meeting on July 9th.” said Effie Rawlings, a recent UC Berkeley graduate and Occupy the Farm organizer.

The farmers say that the City and UC’s attempts to exclude the public are unacceptable, and that today’s action will not be the last, unless access to the land and decision making process becomes public. END_OF_DOCUMENT_TOKEN_TO_BE_REPLACED

Check out Occupy the Farm’s website for updates and read on for some news! 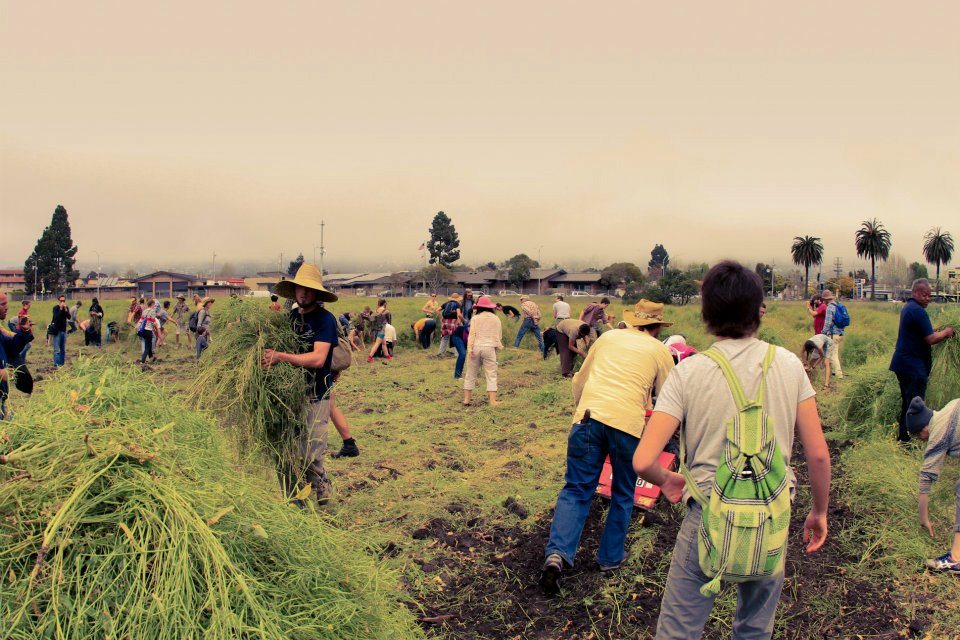 University of California Berkeley Professor Miguel Altieri is planting Gill Tract research crops this morning!
When: Wednesday, May 9th – 8:30 AM
Where: The Gill Tract; Albany, CA
Dr. Miguel Altieri, UC Berkeley researcher, to proceed with research at Gill Tract in solidarity with Occupy the Farm. Altieri, who has been a researcher on the Gill Tract for 31 years, will plant his crops tomorrow, demonstrating that research can exist alongside the Farm. He announced his plan at a university community forum, organized by the Gill Tract Farmers Collective, on the UC Berkeley campus Tuesday evening. END_OF_DOCUMENT_TOKEN_TO_BE_REPLACED

hanks to the Occupy Wall Street movement, there’s a deeper understanding about the power that corporations wield over the great majority of us. It’s not just in the financial sector, but in all facets of our lives. The disparity between the top 1 percent and everyone else has been laid bare – there’s no more denying that those at the top get their share at the expense of the 99 percent. Lobbyists, loopholes, tax breaks… how can ordinary folks expect a fair shake?

No one knows this better than family farmers, whose struggle to make a living on the land has gotten far more difficult since corporations came to dominate our farm and food system. We saw signs of it when Farm Aid started in 1985, but corporate control of our food system has since exploded. END_OF_DOCUMENT_TOKEN_TO_BE_REPLACED