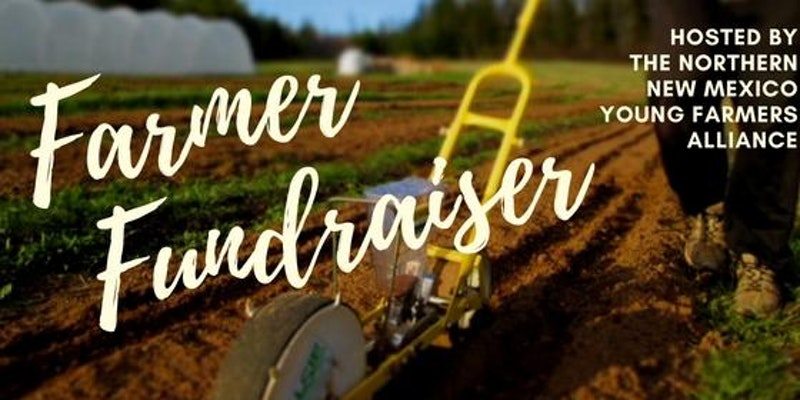 The Northern New Mexico Young Farmers Alliance, (affiliate of the National Young Farmers Coalition and Rocky Mountain Farmers Union) is hosting a “Farmer Fundraiser” next week in support of a greater-Santa Fe Tool Lending Library next week. There will be a local food supper, beer and entertainment provided and it takes place on Thursday, October 12th from 6-9 pm at the Santa Fe Farmers Market Building in Downtown Santa Fe. Tickets are $35 for non-members and $15 for members of National Young Farmers Coalition and/or Rocky Mountain Farmers Union.

END_OF_DOCUMENT_TOKEN_TO_BE_REPLACED 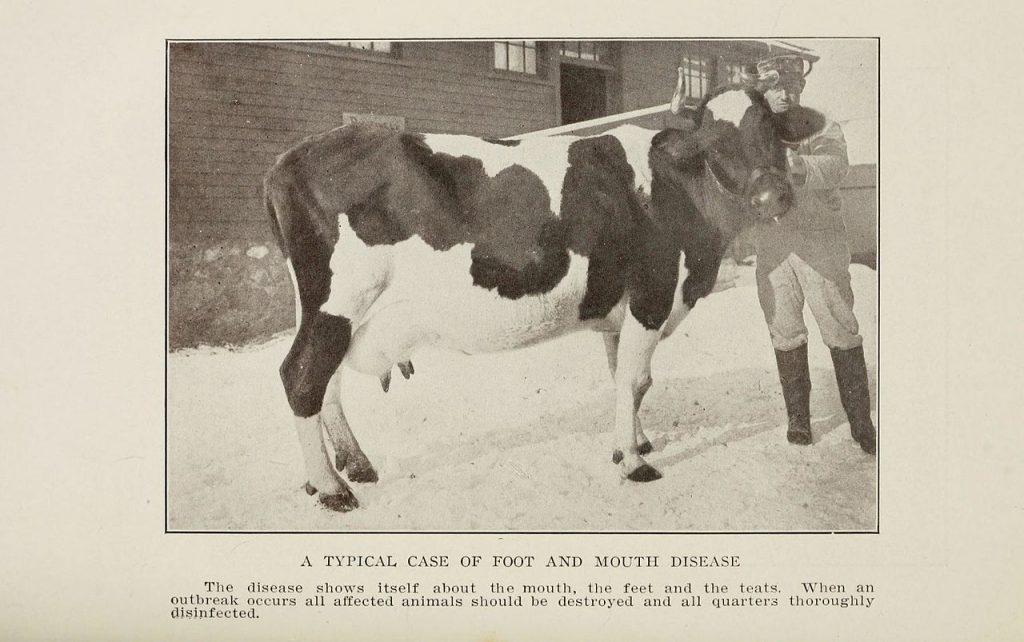 Even after the lamb comes, the ewe continues to strain. Sticky with afterbirth, the ram lamb calls to his mother in quavering tenor, but though she lifts her head in his direction and lets out a low moan of response, her heaving sides won’t let her rise and go to him.

In the compounded darkness of the manger—it’s well after sunset—it’s hard to see what’s happening. The ewe stretches a hind leg in effort, and then again, and again, pushing. She stops her rhythmic movement, breath ragged. Someone shines a light: there is something there, behind her hind legs, on the straw. A second lamb? The thing is dark, darker than the first lamb. A black lamb? But no, it glistens too strangely in the odd glare/shadow contrast of the flashlight.

“I—I think that’s part of her body.” What? “I think those are her organs.”

The stillness breaks. The livestock manager is called. “Prolapse,” “iodine,” “warm water,” “towels.” There is a flurry of activity in service to these words. The rumble of a truck announces the arrival of Josh, the livestock manager, from down the road. He clicks his headlamp on to peer at the lumpen tangle between the prostrate ewe’s legs. “That’s her uterus,” he says, and walks away to call the vet.

He returns shaking his head. The vet can’t come for two hours—there’s another emergency, over the border in Vermont. “I guess I’ll try to put it back, but I’ve never had much luck.”

Josh instructs someone to fetch sugar, someone to fetch a better light, someone to prepare a bottle of colostrum for the new lamb (“He’s huge, look how huge he is! That must be what did it”). He sloshes iodine up to his elbows while two people hold the ewe still. Gingerly, he lifts the uterus from ground, pulling off bits of straw and hay. He pours sugar over it. “The vet says this will make it shrink, so that it will fit,” he tells us. Then in a low mutter, to himself, “This was my favorite sheep.”

After a few moments, he begins trying to push the uterus back into the ewe. But even gritty with sugar, reverse-osmosis starting to drain the fluid, it’s slippery and swollen, bulging any place where Josh’s hands can’t stretch, the task like trying to fit a water ballon into the tap from which it was filled. “She’s pushing against me,” he says. “Her body thinks she’s having a lamb.”

He keeps trying: adding more sugar, repositioning, applying prolonged pressure, but it won’t go. Josh sits back on his heels. There’s nothing to do but wait for the vet.
END_OF_DOCUMENT_TOKEN_TO_BE_REPLACED

Join Seed Stewards from the Mountain West and beyond for three days of seed knowledge and networking in beautiful Santa Fe.

Additional local partners include SeedBroadcast which will be capturing and sharing seed stories and hosting a seed poetry slam, and Squash Blossom which will be providing incredible local food and cuisine.

The Quivira Coalition, a Santa Fe-based nonprofit that builds resilience by fostering ecological, economic and social health on Western landscapes, seeks a coordinator for their New Agrarian Program (NAP). Now, we can’t even tell you how awesome the Quivira coalition is in less than 500 words, so we’ll just like to some of the other times we’ve told you, like here, and here, and here, to name a few. Or just take our word for it. They’re hiring for a part-time coordinator, a position that requires living in sunny Santa Fe, and which offers excellent benefits.
Full position description below!

NAP offers apprenticeships in regenerative agriculture in partnership with mentor ranchers and farmers who are part of the Quivira community in the West. It aims to provide the next generation of food producers with hands-on, on-the-ground mentoring from seasoned mentors who are dedicated stewards of the land; practice beyond organic, regenerative methods of food production; provide excellent animal care; and are skilled and dedicated teachers. END_OF_DOCUMENT_TOKEN_TO_BE_REPLACED

Every other Tuesday, High Country News‘s Laura Jean Schneider publishes a new essay on her experience as new cattle rancher in New Mexico. In her pieces, we’ve found the most compassionate and insightful commentary on the Malheur Occupation to date, well-articulated thoughts on “The Era of the Landless Agrarian,” and scores of compelling personal insights. Schneider and her husband are in the first year of managing their ranch, Triangle P Cattle Company.

Looking to catch up on the series?? Start right here with the first one.

Two ways to listen to Severine speak on the Agrarian Trust and the ongoing symposium in Northern New Mexico in New Mexico. First, listen here to hear her on Santa Fe Public Radio’s The Garden Show. Second, Severine is live today on Family Farm Radio! Get your listen on!

Join us in November.

Apprenticeships in Regenerative Ranching and Farming

Offered through The Quivira Coalition’s New Agrarian Program on partner ranches and farms in New Mexico, Colorado, Montana, and California

The Quivira Coalition’s New Agrarian Program (NAP) partners with skilled ranchers and farmers to offer annual apprenticeships in regenerative agriculture. Together, we create opportunities for comprehensive, full-immersion experiential learning from expert practitioners in professional settings. This program is designed to support the next generation of food producers and specifically targets first-career professionals with a sincere commitment to life at the intersection of conservation and regenerative agriculture. NAP mentors are dedicated stewards of the land; they practice intentional, regenerative methods of food or fiber production, provide excellent animal care, and are skilled and enthusiastic teachers.

In 2017, we are offering seven paid apprenticeship opportunities including:

OUR LAND 2!
November 9-17th, in Albuquerque and Santa Fe New Mexico.
ALL THE INFORMATION IS HERE: www.agrariantrust.org/2016symposium
This will be the second Agrarian Trust OUR LAND symposium, and once again we’ve got speakers from around the country and around the region focusing our attention, analysis, activism and collective agency on issues relevant to your regional foodshed.
This event is presented by Agrarian Trust and has a focus on Land access, land transition and the issues underlying ownership and management of the territory required for an autonomous and sovereign food system.
The central themes of this symposium center on land-use and governance regimes of the southwest region.  We will learn about the acequias, a system of irrigation ditch commons brought by the Spanish. The history, management regimes and future prospects of this system represent a powerful curriculum for other commons-based systems. Can these ditch commons be explained to include their uplands and headwaters, or will ditch rights be lost to privatization and sold to developers?

END_OF_DOCUMENT_TOKEN_TO_BE_REPLACED

OUR LAND 2: Tracing the Acequia Commons

A Symposium about land transition, continuity, and commons.

The complete program, speakers bios, schedule and locations are all on the website www.agrariantrust.org/2016symposium (or scroll down to see the full schedule of events)

You can learn about the work of the speakers at the event’s facebook page, where we’ve posted videos, articles, and links.

OUR LAND 2 has a focus on the lessons of the acequia irrigation commons, a 400 year old system that supports dryland agriculture.