They’ve got an awesome Listserv. 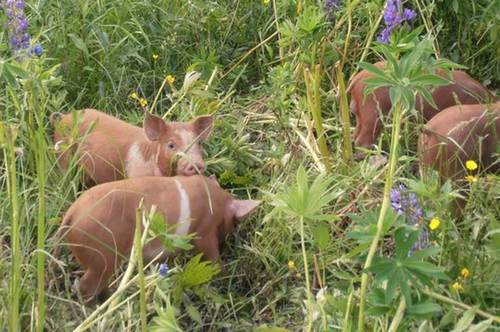 NMPAN is a national network of people and organizations creating and supporting appropriate-scale meat processing infrastructure for niche meat markets. Small and mid-sized plants — when available at all — can lack capacity, equipment, appropriate inspection status, and the human and financial capital to upgrade or expand. To meet this need, NMPAN assists processors, producers, buyers, regulators, and others involved in this growing sector by coordinating, distributing, and developing information and resources to improve access to processing infrastructure and the long-term stability of this sector.

via Food and Water watch:

The USDA and other agencies put some things on hold during the election, but now things are starting to move quickly with the looming budget debates. While we agree that budgets need to be in check, we don’t think you get there by cutting essential food safety programs that keep contaminated food from reaching your plate.

The USDA has a proposal to cut costs by removing USDA inspectors from chicken and turkey plants and allowing company employees to do the food safety inspections. In plants where they’ve been testing this, line speeds have been permitted to run as fast as 200 birds per minute,which is several times faster than other plants. Also, company employees who perform inspections are not properly trained to stop unsafe poultry products from leaving the plant. END_OF_DOCUMENT_TOKEN_TO_BE_REPLACED

In this week’s New Yorker, Bill Buford delivers, with his usual finger-licking enthusiasm, a digest of three new books about meat. Though varying in tones of hopeful agrarianism, tongue-in-cheek indulgence, and gritty slaughterhouse realism, these authors (each in his early 40s) all nod to a Greenhorns ethos: you and your butcher should be on a first name basis. Buford introduces the three authors the same way we want to introduce The Greenhorns:

“And yet, at a time when things could not seems worse, there is a generation of people (in their forties and younger) who are thinking hard and philosophically about their food and are prepared to declare: Enough! I’m a meat-eater and proud of it!” (Bill Buford)

Sub “meat-eater” for “young grower” and you’ve got our mission statement.

Check out Buford’s favorite of the lot, Hugh-Fearnley-Whittingstall, an unexpected British foodie celebrity who has not just gone back-to-land, but back to all the guts and gore of raising and cooking game. He discovered his passion for food in a restaurant kitchen where he learned how to turn each season’s bounty into a gastronomical adventure. HFW has since been articulating this adventure at the “great agrarian laboratory” River Cottage in the UK.

We’re pretty sure our friend and fellow film contributor Dewolf Emery (seen here gathering clams on Cumberland Island) is going to do something similar here in the US. Look out.