The success of the next generation of farmers and ranchers is crucially dependant on whether they can secure suitable land to start and expand their operations. According to the 2012 Census of Agriculture, the number of new farmers and ranchers in the United States decreased 20 percent from 2007 and hit a 30-year low. In acknowledgement of this barrier for young farmers, the American Farmland Trust have just recently announced that 24 experienced educators will serve as Land Access Trainers to help beginning farmers and ranchers secure agricultural land. This will be part of a nationwide, four-year-long project and the chosen trainers are located in each of the 10 U.S. farm production regions. The American Farmland Trust is a national nonprofit organization that works to protect farmland, promote sound farming practices and keep farmers on the land.

END_OF_DOCUMENT_TOKEN_TO_BE_REPLACED

Tales from Planet Earth, an environmental themed film fesitival, is looking for submissions to the upcoming 2017 event in Madison.

The theme for this years festival is ‘Land’! Does that resonate with you?

“Standing Rock. Idle No More. The Landless Worker’s Movement. Across the globe, land dispossession—both past and present—is bringing together new alliances and collective actions in the struggle for the rights and sovereignty of local peoples to determine their own futures. The 6th biennial Tales from Planet Earth will showcase stories that inform, challenge, and inspire audiences to rethink relationships to land in an era where greed, corruption, and resource demands are swallowing up ancestral and customary lands, severing cultural traditions rooted in the earth, and threatening the livelihoods, sovereignty, and self-determination of communities throughout the world.”

The deadline for initial applications and letters of intent for Glynwood’s Hudson Valley Farm Business Incubator (HVFBI) has been extended to January 6, 2017, with the 2017 program beginning in early next May.

HVFBI is taking the “long view” on supporting a new generation of farmers in the region, equipping participants with the tools and guidance to successfully get there. Visit their  website for more information.

END_OF_DOCUMENT_TOKEN_TO_BE_REPLACED

Two ways to listen to Severine speak on the Agrarian Trust and the ongoing symposium in Northern New Mexico in New Mexico. First, listen here to hear her on Santa Fe Public Radio’s The Garden Show. Second, Severine is live today on Family Farm Radio! Get your listen on!

We can do this

Farmers who have, would like to, or are currently leasing farm land, you input is needed!
Imagine that after a tiring search of rental properties, you have finally found the right plot of land to farm on, but you have little experience with legal matters and feel like your lease agreements are written in a foreign language– I know, I know, you’re saying, Imagine?! That is literally my life; just bear with me– imagine that in this moment, when it is probably a Friday night and no attorney will be available until Monday, that you can actually use a well-designed online app to get personally-tailored legal guidance.
This is exactly what researchers at Vermont Law School’s fantastic Center for Agriculture and Food Systems are working to create: a first-of-its-kind Farmland Lease Builder mobile app that will provide legal guidance tailored to individual farmer situations and draft leases to be used in conversations with attorneys and in lease negotiations. The idea is that farmers would to be able to use the free app to get as far as possible toward building a useful lease before they need to talk to an attorney. The app will be tailored to sustainable and organic operations — encouraging longer-term land tenure to facilitate stable farm businesses and investment in soil-building.

They have reached out to the Greenhorns asking if there are farmers or farm advocates in our network that would be willing to be interviewed by the researchers about their leasing experiences. Are you? If so, express your interest in the comments or contact Amanda N Heyman directly at amanda@jamborheyman.com.

This video is put out by Fairphone, an Netherlands-based company that produces smart phones with opaque, open, and more socially-responsible supply chains. If this sounds like a plug for the company, it’s not, per say. If you’re going to get a smartphone, Fairphone is obviously a great alternative to larger corporations. But, what we  really appreciate about this video is that it draws our attention no only to issues of responsible sourcing but to the larger reality that every new smartphone draws precious minerals out of mountainsides. 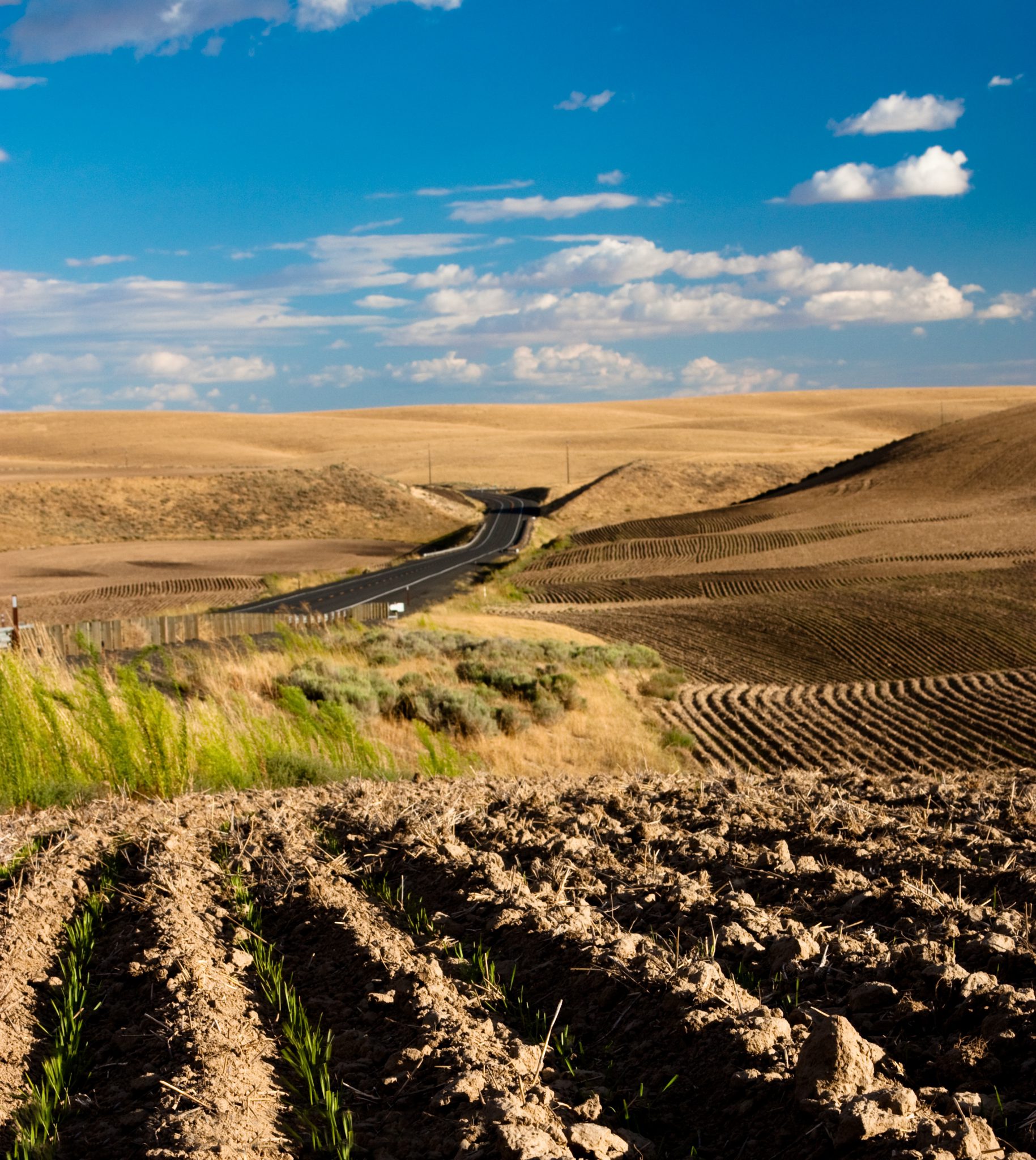 JUST FOOD?
FORUM ON LAND USE, RIGHTS AND ECOLOGY

A CONFERENCE EXPLORING LAND AND THE FOOD SYSTEM: HOW LAND AFFECTS WHAT WE EAT, WHO WE ARE, AND THE ENVIRONMENT WE LIVE IN

This year’s Just Food? conference will examine the relationship between people and land, primarily through agriculture and food. Conference events will explore the legal, moral, policy, health, historic and environmental aspects of our modern domestic and international food system, with a focus on the intersection of land and justice. The conference will bring together scholars, farmers, activists, practitioners, and other authorities to discuss the growing concerns about who has access to land, how agriculture changes land, and who is marginalized or dispossessed by our current system. Our goal is to educate attendees, empower them to make changes, and engage them in a larger dialogue about food.

A full conference schedule, when it becomes available, will be posted. But please feel free to register here now!

“Clay and Katy Peck are just the type of young farming family that B.C. Agriculture Minister Norm Letnick says his government wants to support to ensure “a reliable food source for years to come.”

The Pecks own a 65-hectare farm in the Agricultural Land Reserve overlooking the Peace River, and are preparing for organic certification of a fruit and vegetable business to serve the northern area around Fort St. John.

The couple’s farm is high enough above the Peace River that it is not included in BC Hydro’s tally of 6,469 hectares of farmland — an area larger than all the farmland in Richmond — that will be destroyed by the Site C dam and its vast reservoir.

But the Pecks, along with other Peace Valley farmers, stand to lose significant amounts of farmland and crops to Site C in previously uncounted ways. The likely impact of Site C on agricultural land has been routinely underreported and will be far more dire than widely expected, according to scientists and information found in BC Hydro reports.

Work on the $8.8 billion dam project began in August and continues around the clock despite three on-going court cases by First Nations, missing federal government permits, and BC Hydro’s continuing failure to demonstrate the need for Site C electricity.

In addition to the agricultural land BC Hydro counts as permanently lost to Site C, another 5,900 hectares of farmland falls within what BC Hydro calls a “stability impact zone” and is at risk of destruction. BC Hydro insists a further 1,125 hectares of farmland — an area about the size of four Stanley Parks — will be lost only on a “temporary” basis during the next 10 years, but farmers and a soil scientist question whether topsoil on the land can ever be replaced.

The list of agricultural land lost temporarily to Site C includes 203 hectares of agricultural land in a Flood Impact Zone that may experience “crop losses when flooding occurs,” according to BC Hydro. Collapsing Peace River banks will create a landslide-generated wave that will sweep over an additional 174 hectares of prime farmland. Since water will not remain on the fields forever, BC Hydro does not include these areas in its tally of permanently lost farmland, even though flooding and waves can cause soil erosion and leave behind debris.

“In my view this is a permanent loss,” says Vancouver soil scientist Eveline Wolterson. “It’s like a tsunami. Essentially what it does is it eats away at topsoil. It will all get washed into the reservoir. They’ll never be able to restore those soils.””

Read the whole article on DESMOGCANADA!