In the southwest German city of Freiburg, there is a successful co-op of some 260 people who are participating in successful organic vegetable gardening and sharing the costs and risks. Whatever the harvest, good or poor, it’s distributed to all members. Cucumbers are allowed to be bent, carrots entwined, the occasional lettuce smaller than average. Seasonal, totally organic growing, 100% original seed, local food production, solidarity economics, collective property and education are some of the many hallmarks of the work that they are doing.
END_OF_DOCUMENT_TOKEN_TO_BE_REPLACED

Nooooooo! Even the Germans, with their purity laws, are sipping the sweet swill of glyphosate in their beloved beers…

Fourteen beers popular in Germany contain traces of glyphosate, the world’s most widely used weed killer, a Munich, Germany environmental group has said. Agriculture Minister Schmidt has played down the risk for consumers.

The highest glyphosate level in one beer was almost 30 micrograms per liter, the Munich Environmental Institute said on Thursday, casting doubt on Germany’s prided 500-year-old beer purity law,  which calls for beer only to be brewed from water, malt and hops.

Glyphosate is used as a herbicide around the world, including under the brand name Roundup marketed by the US agriculture giant Monsanto.

Martin Häusling, a member of Germany’s Green Party in the European Parliament, told the AFP news agency that the European Commission wanted in early March to extend approval for the use of glyphosate for a further 15 years.

The current license for Europe runs out in the coming European summer.

The German DBV farm federation promptly denied responsibility, saying direct glyphosate usage on barley – turned into malt – was banned. The group, however, added that the chemical could have been sprayed on fields before sowing.

Though this video is set in Germany, the same situations exist across North America. Learning how to care for these old trees is not only a valuable skill that will give these trees a new lease on life, but one that will allow you to harvest the results for many years to come.

The demand for regional and organic products is higher than ever in Germany. If young farmers can get started, the thinking goes, they’ll have no trouble selling what they reap. But that’s the problem … getting started. Young farmers are competing for land with big companies who are buying up property as a safe investment. The problem is especially acute in Brandenburg. For more, listen to the Living Planet PODCAST 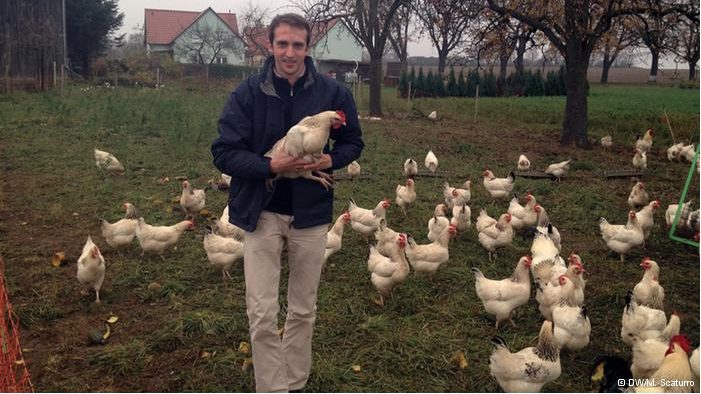