Recent documents obtained under the Freedom of Information Act show that the Impossible Burger, a meatless burger derived from a protein found in the root of the soy plant is not necessarily safe for human consumption. The burger in question has received a lot of high profile attention recently because despite containing no meat, it looks very much like a regular beef patty, and it ‘bleeds’ like one too. It is a frontrunner in the race to create lab-grown ‘meat’.

The FOI documents show that the FDA cast doubt on the safety of the key GMO ingredient,soy leghemeglobin, with the company being told that they has not provided adequate proof of safety for their genetically engineered protein before putting it on the market.  Impossible Foods based their safety analysis on the similarities between their protein and the proteins found in pork. What they failed to identify and acknowledge was the differences between both proteins and the impact of these differences.  END_OF_DOCUMENT_TOKEN_TO_BE_REPLACED 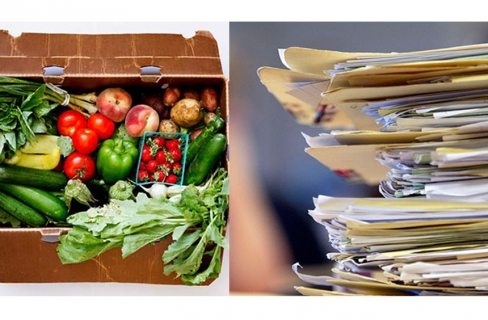 Food, safety, modernization—all good words. But the Food Safety Modernization Act (FSMA) President Obama signed into law in 2011—giving the Food and Drug Administration new authority to regulate how food is grown, harvested and processed (i.e. produced)—places costly burdens on the small farmers who can least afford them.

What is the FSMA?

Prior to the law, the FDA’s approach to food contamination was reactionary. When instances of foodborne illnesses were reported, they responded, often with voluntary recalls. The new regulations, finalized last year and currently being implemented in phases, mark a distinct shift in an agency strategy that seeks to prevent contaminants from entering the food supply in the first place.

Food poisoning is a problem nationally. According to the CDC, of the 48 million Americans who get sick from eating tainted food every year, 128,000 are hospitalized and 3,000 die. Furthermore, massive recalls and settling the inevitable legal fallout costs the food industry billions. In addition to authorizing the FDA to issue mandatory recalls, the FSMA has incrementally unveiled 1,286 pages of new safety regulations.

While the food industry’s largest producers can afford to accommodate the various certifications, infrastructure changes and inspections that the law now mandates, small farmers already struggling to compete in their local markets risk getting priced—and regulated—out of business. Counter-intuitively, this is happening as consumer interest in food that hasn’t been doused in pesticides, wrapped in plastic and shipped halfway around the world should be offering regional farmers expanding economic opportunity in the form of community supported agriculture (CSAs) and weekend markets. To read more, click HERE.

You might not know it, but a legislative battle is being waged over who can produce food, where they can sell it, and when the government can shut them down. The most recent incarnation of this is a modification to the Food Safety Modernization Act (FSMA) that will make it possible for the FDA to force small food producers to comply with complex and costly regulations. Thankfully, the Farm & Ranch Freedom Alliance (FRFA) is organizing a push-back against these regulations that will make small food producers vulnerable to capricious government agencies, and, ultimately, harm the diversity of the food on the market. Here is the Call to Action by the FRFA:

“We fought hard for the Tester-Hagan amendment to exempt small-scale, direct-marketing farms and artisan food producers from the most burdensome aspects of the Food Safety Modernization Act (FSMA). This exemption is essential to the continued vitality of the local foods movement.

“Now the FDA is proposing rules that would make it very easy for the agency to force even small-scale farmers to comply with the onerous FSMA regulations, and all but impossible for these vulnerable farmers to protect themselves. END_OF_DOCUMENT_TOKEN_TO_BE_REPLACED

From the Bangor Daily News:

America’s booming brewing industry and farmers alike are bothered and befuddled by a proposed U.S. Food and Drug Administration rule change that could alter a partnership that dates back to Neolithic times.

To the farmer, spent grains are a valuable dietary supplement for their livestock. It’s common for breweries to reach out to local farms to offer up their spent grains as animal feed. Most often, farmers are happy to oblige, picking up the spent grains themselves a few times per week. Little or no money exchanges hands during these deals. Brewers are glad to get rid of the grain, and farmers are glad to take it off their hands.

It requires facilities producing animal food to have written plans that identify hazards, specify steps to minimize those hazards, and monitor and record the safety of the feed.

“FDA understands that many breweries and distilleries sell spent grains … as animal food. Because those spent grains are not alcoholic beverages themselves, and they are not in a prepackaged form that prevents any direct human contact with the food, the Agency tentatively concludes that subpart C of this proposed rule would apply to them,” according to the FDA rule.

Most small and medium-sized brewers wouldn’t be able to follow these rules without significant investment. Breweries that want to send their spent grains to farmers would have to dry, package and analyze the grains, all without it touching human hands. These efforts would cost brewers money, time and resources, making it too much of a hassle for some to continue partnerships with farmers, according to critics. (Read the entire article —> HERE)

For the FDA fact sheet on the rule, visit http://www.fda.gov/Food/GuidanceRegulation/FSMA/ucm366510.htm#facsheet. 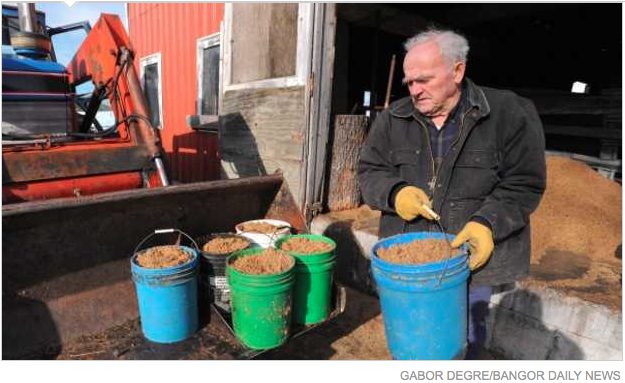