And on a more positive note, article from the Guardian with some interesting and inspiring language around food systems transformation: The Covid-19 pandemic shows we must transform the global food system — Our global, profit-driven, meat-centered food system is making us sick. We need a radical rethink

Regional resiliency abounds in Germany’s new unbureaucratic and free network DAS LAND HILFT / THE COUNTRY HELPS: connecting willing workers with agricultural labor across the country. If only we had federal ministries in the U.S. this organized and on the ball to support farms and farm workers needs!!

Translated from the site description: “We need you – quickly – because in the fields of our farmers, the asparagus harvest begins and other vegetables also have to leave the field in the next few days. At the same time, our farmers offer an income for those who find themselves in an economic emergency due to the protective measures.”

“This is a pure placement platform that brings employers (farmers, but also companies in the food chain) and employees together quickly and unbureaucratically. This platform has no influence on the design of the employment relationships, which of course must be within the limits of what is legally permitted”.

“Let’s work together to keep the shelves in the supermarkets full. It must not happen that tons of regional fruit and vegetables cannot be harvested because there are no harvest workers.”

1. Open the platform
2. Record your need for workers or your auxiliary work
3. Network with each other via the platform 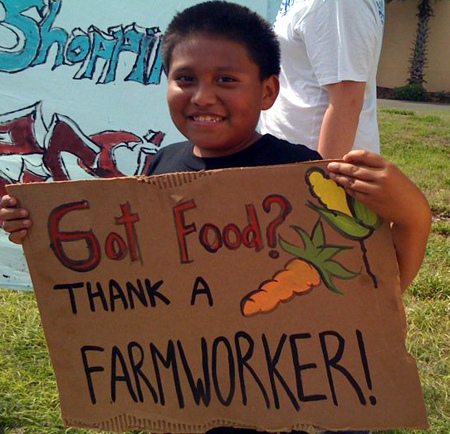 In the words of acting ICE Director Homan to undocumented immigrants including those feeding us and our communities, “You should be uncomfortable. You should look over your shoulder. You need to be worried.”

Farm workers and their families are constantly worried that they will be next and are often targeted on the basis of their race. As hate and fear are finding footholds all over the country, now is the time to support our farm workers and farming communities. The UFW are working to educate workers about their rights and continue to campaign on behalf of undocumented farm workers in a bid to secure residency rights for these essential  members of our community, some of whom have been working hard and paying taxes for over 20 years.

To find out more  about the work being done by the United Farm Workers, or to donate to this important cause click here 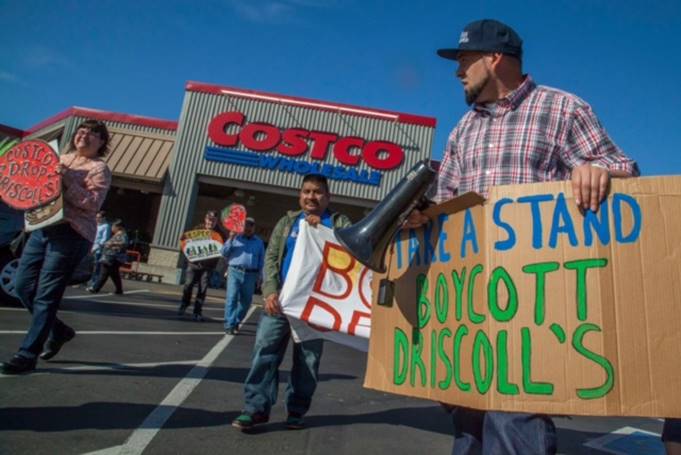 On March 17th Washington-state-based independent farm worker union, the Familias Unidas por la Justicia (FUJ), began a 28-day tour from Bellingham, WA to the US-Mexico border to galvanize a boycott of Driscoll berries to be undertaken in solidarity with their contract negotiations with their employer and Driscoll-supplier Sakuma Berry.
So far, they have:

The boycott will continue until union contracts are signed for both Familias Unidas por la Justica and El Sindicato, the independent farmworker union from San Quintin Mexico that went on strike and endorsed the boycott last March. For more updates on the tour, visit FUJ’s Facebook page.

Greenhorns, we’re all in this together. Keep boycotting Driscoll’s, its subsidiaries, and the brands that use its berries. (See this info graphic.) 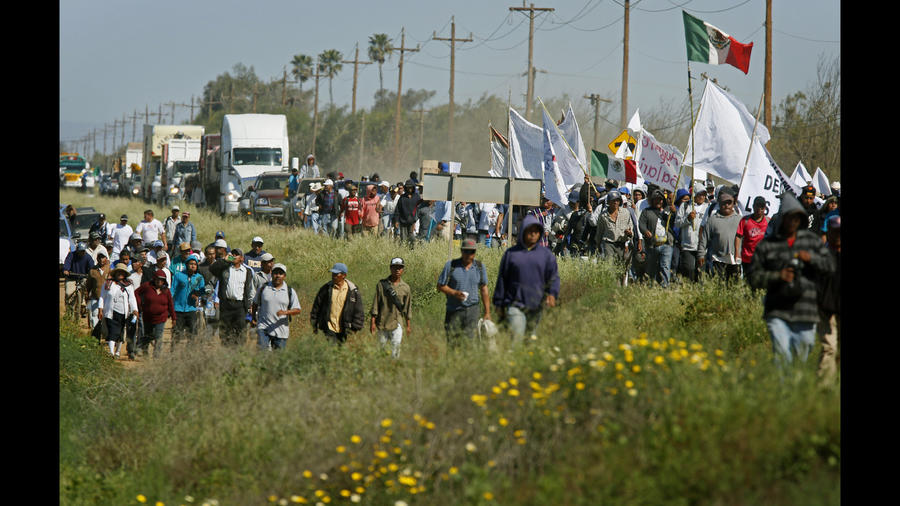 Everything in this fertile agricultural region 200 miles south of San Diego has changed, it seemed, except her wages. Zaragoza said she still earns 110 pesos per day, about $8 — a little more than when she started picking as a 13-year-old. Zaragoza, now 26, joined thousands of pickers this week as they spilled onto the streets to protest low wages in a bold demonstration — the first strike by farmworkers here in decades.

Pickers not only stayed out of the fields, they stood shoulder to shoulder blocking the main highway, stalling traffic for hours and all but stopping the harvest at the height of the season.
To read more, click HERE!

It started yesterday and continues through March 17!  The CIW March for Rights, Respect and Fair Food 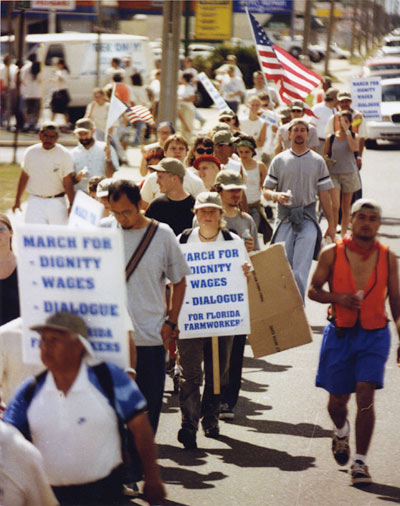 The Fair Food movement began nearly thirteen years ago, in February of 2000, when farmworkers from Immokalee — who until then had been largely locked in anonymous battle with Florida tomato growers within the boundaries of Immokalee — joined forces with students, people of faith, and everyday consumers to take their call for “Dignity, Dialogue, and a Fair Wage” on the road. With little more than a map to guide them, a field truck to carry their supplies, and a 12-ft tall replica of the Statue of Liberty made of fabric, plaster and duct tape to lead the way, they took off on a two-week long trek from Ft. Myers to the offices of the Florida Fruit and Vegetable Association in Orlando.

Among the marchers’ number were several workers whose testimony led to convictions in two seminal slavery prosecutions (US vs. Flores, US vs. Cuello); an 18-yr old Romeo Ramirez, 23-yr old Lucas Benitez, and 22-yr old Julia Gabriel who three years later would receive the Robert F. Kennedy Human Rights Award for their leadership in the struggle for farmworker rights; and the core of young student activists who came together in the wake of those two unforgettable weeks to form the Student/Farmworker Alliance, now a key ally in the Fair Food movement. The march marked the first major excursion of Immokalee farmworkers outside the confines of southwest Florida and onto the cognitive map of the nation as a creative, and courageous, new force for social change.

The Fair Food movement is returning to its roots. March 3-17 we are taking to the streets again in a two-week march, from Ft. Myers to Publix headquarters in Lakeland, the “March for Rights, Respect and Fair Food.” 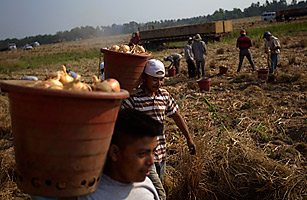 When conditions are so bad that only the most desperate will take the work, and then the state starts cracking down on illegals– crops wither on the vine.
We take issue with the thinking that is in power, and with the injustice that these farmworkers face.
41.995092-73.875411