The GH radio is still on break, so if you need to satiate your weekly hunger for radio stories about farming, let me suggest this great piece by NPR’s the Salt about Natural Roots Farm, a CSA farm in western Massachusetts that uses smart systems, ecological growing techniques, and draft power to create self-reliant farm systems that rely as little on fossil fuels as possible.

Though short, the interview with farmers David Fisher and Anna Maclay touches on the discontent with consumer society that drives many of us into the fields, the idea of right work, and the emotional tolls that perfectionism can have on a farmer’s relationships. In fact, we can’t help but wish that the interview could somehow open up to explore these topics in more depth.

Live on Heritage Radio’s Greenhorns Radio show this Tuesday, we’ll interview farmer Erica Frenay of Shelterbelt Farm in Ithaca New York. Erica also works for Cornell’s Small Farms Institute, and her bio on their page should give you an idea of how many rich topics of conversation this interview might follow.

Erica began working for the Small Farms Program in 2006. A former co-manager of Cornell’s student-run farm, she graduated from Cornell in 1998 and moved to Oregon to serve in AmeriCorps. Erica spent 6 years in the Pacific Northwest, working as Project Coordinator for an agricultural land trust and then as Executive Director of an urban educational farm in Portland. In 2005 she completed a 2-year program in Holistic Management. During her long and indirect journey back to Ithaca, Erica and her husband lived on a permaculture farm and nursery in the San Juan Islands for a year, and spent another year working on farms and building with clay and straw in New Mexico, Wisconsin, and Australia. They returned to Ithaca to settle down in the summer of 2005, and five years later started Shelterbelt Farm. Now she works part-time for the Small Farms Program and part-time producing sheep, beef, duck eggs, honey, fruit, and veggies on her farm.

Artists and farmers alike, we know it ain’t easy to maintain your art when you’ve got buns in and out of the oven. In fact, I’d say that between the sleepless nights of those early years to the struggle of raising kids on what are not famously-lucrative salaries, raising the next generation of beautiful, free-spirited, progressives is more like a downright herculean task. (Gosh, creative and farming parents, we just appreciate all the work you do!)

Luckily, there are some really smart people out there puzzling over the current societal barriers to maintaining one’s art while raising a family and choosing to have children while pursuing one’s art. Today’s case in point: the Temporary Art Review published this piece on parenting in the creative community. It’s short, makes a lot of practical sense, and is relevant not just for creative parents– but for those in their community interested in supporting them!

Though we are a couple weeks late in the posting, we wanted to honor a new agrarian legend who passed– not unnoticed– at the end of July. The farming community has been mourning the passing of Trauger Groh, one of the founding members of the Wilton Community Farm in New Hampshire, one of the first two CSAs in the country and the oldest continuously operating CSA in the country. Read the beautiful obit written by Steven McFadden below.

With sorrow, I note the death this morning of my friend and
colleague Trauger Groh, 84, of the Temple-Wilton Community Farm in New
Hampshire, the oldest continuously operating CSA in the USA. Trauger is
survived by his wife, Alice, and their two children, Nicola and Theo. He is
also survived by the community farm, still thriving and poised to go forward
on the paths he helped to lay out over 30 years ago.

To honor Trauger (1932-2016) and his many contributions to the world at large
and in particular to farm communities around the world, I offer the following
appreciation. It’s something I wrote earlier this year for the Biodynamic
Association.  ~ Steven McFadden

In the late 1980s I had the good fortune to meet Trauger Groh in New
Hampshire, and to engage wholeheartedly with him on the subject of farms and
the fundamental role they play in human existence. It took only an hour or two
for me to recognize that I was associating with an Agrarian Adept.

The word adept derives from Latin, adeptus, meaning one who has attained the
highest level of knowledge and skill in a field of endeavor. In olden times
the term was applied to accomplished alchemists, or in a general metaphysical
sense to an initiate who had mastered the Mysteries.

To me it seems altogether natural and fitting to attach adept as an epithet to
convey respect to both Trauger and his wife Alice Bennett Groh, and to his
longtime agrarian compatriots, Anthony Graham and Lincoln Geiger. Together
they helped initiate a profound form of healing for land, plants, animals and
people: Community Supported Agriculture (CSA). This form will endure, I feel,
to benefit future generations… 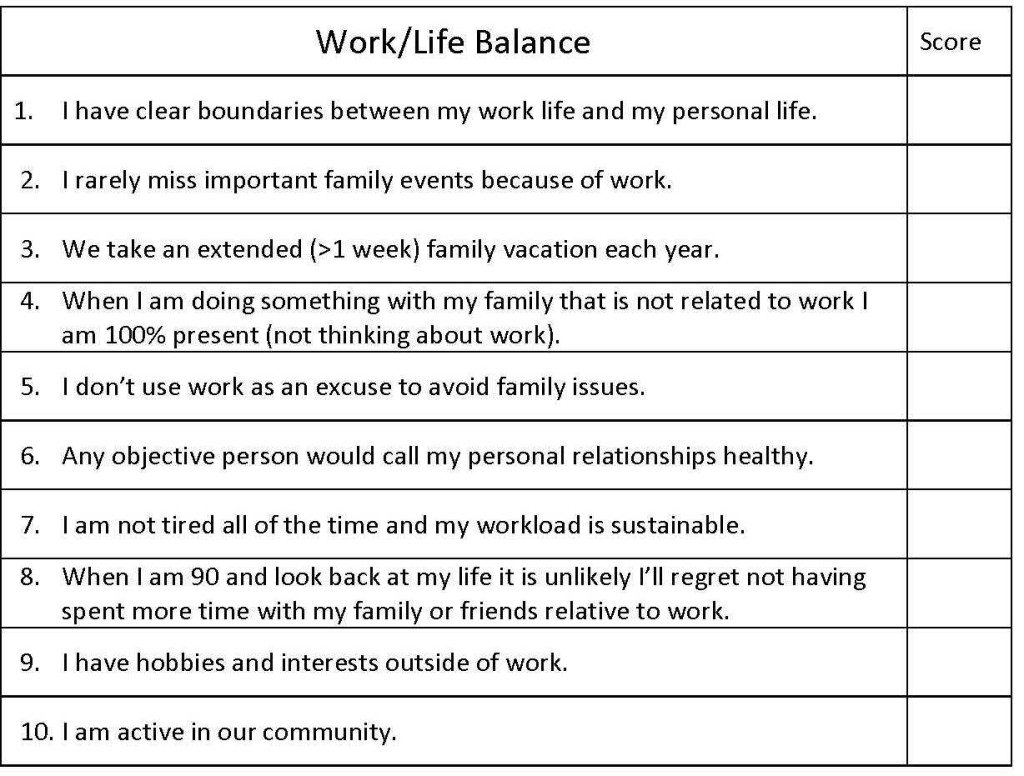 This great graphic and the following analysis is taken from Dave Pratt a really on-point blog post over at the Ranching for Profit blog about having boundaries between your home life and work life. We think it’ll resonate with a lot of farmers and farm workers out there. Read the whole post! 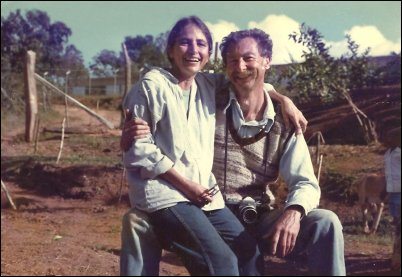 “And one of those farmer’s said, ‘you know we can do this work. This is our lives. We have pride in what we do, this is hard work: building these terraces year after year for a thousand years. This is a part of our culture and that’s why we can do it.’ Now, the whole world is going to have to do that pretty soon. Where are we going to  build these resources? So those resources are only going to come out of people who are accustomed, only going to come from farmers, farming families, people accustomed, campesinos, people who work, the small farmers, the millions and millions of small farmers all over the work. The farmers are going to have to reshape the earth and we are going to have to support those farmers to do that.”

-Mark Freeeman, found of CREAR on the Agricultural Innovations podcast. A fascinating conversation about climate change, rural infrastructure in the Dominican Republic and New Mexico, skepticism of new technology, distrust of institutions, and the difficulty of finding hope.

You have probably noticed that there’s a lot of bad news going around these days, and I don’t know about you, but sometimes I just need to watch a feel-good video on the internet. Which brings me to today’s installment of Californians just do the coolest things! (The link reroutes you to an episode of old TV treasure, California’s Lost Gold.)

Check out that sweet video, and if you’re interested more, stop on by the website of La Ronna Jojoba Co. Larry and Donna Charpied have been growing jojoba as an alternative to whale oil for 30 years, and their story is fabulous: it’s the kind of story you’d expect from organic farmers: the bucking of “conventional” wisdom and an awesome stubborn doggedness to grow in a way that doesn’t drain the precious resources of the local ecosystem.

I am not usually one to use this phrase, but this beautiful six-minute documentary on “why we farm” is literally the story of my life. And I bet it’ll resonate with you too! Watch: Age of The Farmer from Spencer MacDonald on Vimeo.

Back in June, we posted about the upcoming NESAWG (Northeast Sustainable Agriculture Working Group) It Takes a Region Conference. And maybe, at that moment, you thought that this year’s theme of “Putting MOVE in the Movement” was so freaking great that you signed up immediately. If so, good for you! But maybe you, like me, were busy planting kale starts, packing for market, coordinating campaigns, or any of the many other June activities that might keep a Greenhorn busy and, planning to sign up later, left the conference page open in a tab on your browser for months. If so, I wanted to gently remind you that It Takes A Region is in THREE WEEKS: Nov. 12-14 in Saratoga Springs, NY. And, phew, it is not too late to register!

This year’s conference will focus on studying social movements of the recent past in relation to our current work in sustainable food systems and food justice. Examples of workshops include sessions on: Addressing Racism in the Food System, Enhancing Food Security in the Northeast, and Food Hubs. The conference is geared towards farmers, nonprofit professionals, activists, and journalists alike, and there is ample discussion time built into the conference schedule.

A few more logistical things to consider: the deadline to book hotels rooms with the special conference discount is October 28, and there are ride and roommate boards available for those looking to share rooms and/or carpool. For all other information, check out the exceptionally-easy-to-navigate conference website. 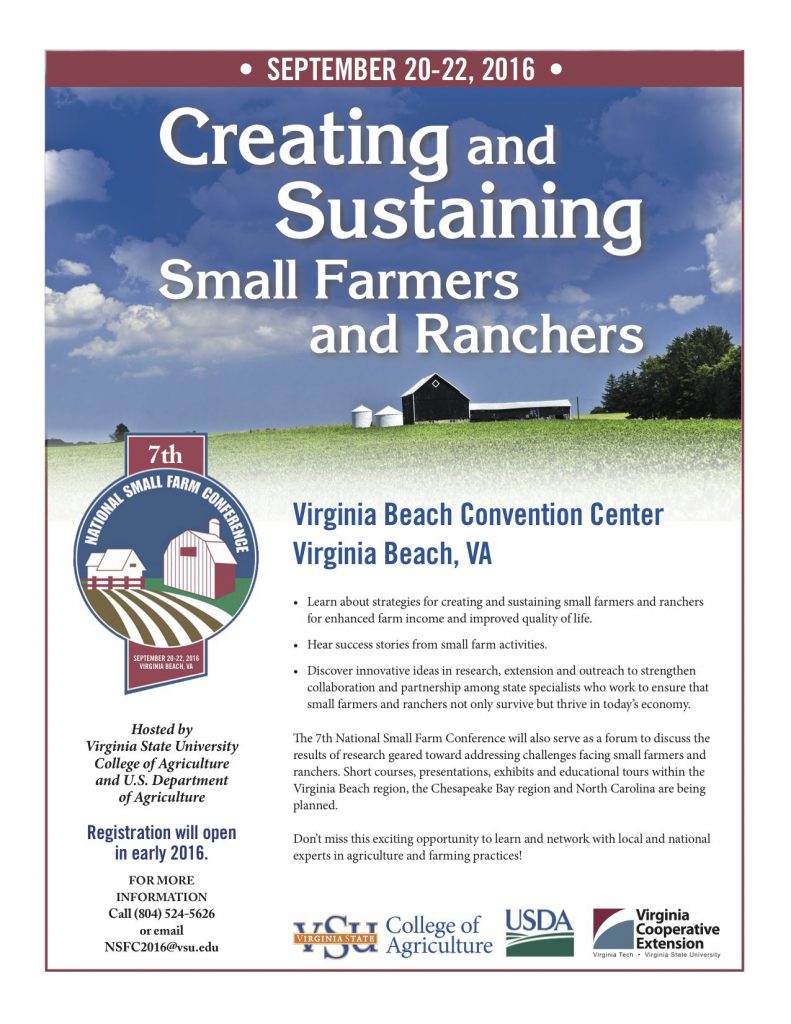