The National Sustainable Agriculture Coalition recently published this helpful article, WAYS TO IMPROVE LAND-LINKING THROUGH THE TRANSITION INCENTIVES PROGRAM. This program works to “encourage landowners to transition CRP farmland to beginning, socially disadvantaged and veteran farmers and ranchers. Millions of acres are set to expire from the Conservation Reserve Program (CRP) over the coming years, creating a unique opportunity to create access to valuable land for historically underserved farmers and ranchers.”

The article describes how the Conservation Reserve Program — Transition Incentives Program (CRP-TIP) works, the importance of outreach to landowners, recommendations for cross-agency connections, ideas for the 2023 Farm Bill, and improvements and next steps:

“Farmers have many options of what to do with their expiring CRP acres of farmland that have been set-aside from production for environmental benefits for the past 10 to 15 years. One of the options that farmers can choose is to participate in CRP-TIP and help create an opportunity for the next generation of farmers to get started. In this post, we have covered many recommendations that can improve both current implementation of CRP-TIP and the program long-term. NSAC, along with our members, will continue to advocate for more funding and policy improvements for CRP-TIP to encourage conservation activities on expiring CRP land, while simultaneously supporting the next generation of farmers and ranchers.”

Visit this link to learn more about the Conservation Reserve Program.

Ideas for the 2023 Farm Bill include:

Take action today to support and help move forward this crucial legislature!! Text “student loans” to 40649 and *click here* to ask your Members of Congress to co-sponsor the Student Loan Forgiveness for Farmers and Ranchers Act because #farmingispublicservice!

Farming is a capital-intensive occupation and student loan debt is often prohibitive for young people in getting the credit needed to start their own farms and contribute to their local economies. These bills would help make farming a viable career choice for young people as our nation’s average age of farmers creeps higher and higher. They would allow the nation to invest in retaining more young farmers who are highly educated, experienced, and pursuing successful agricultural careers, but struggling under the burden of student loan debt.

The USDA recently made their final decision on GIPSA – to pull the pending Grain Inspection, Packers and Stockyards Administration (GIPSA) rules designed to level the playing field for poultry and livestock producers. These rules have been languishing since the 2008 farm bill, and today’s action firmly places this administration on the side of large meatpackers and poultry processors, not family farmers.

After years of negotiation and analysis, the rule would have protected contract livestock growers from the retaliation they have suffered after exposing financial hardship and ruin caused by large-scale poultry companies and meatpackers. If there was any hope that Secretary Perdue and this administration would stand up for small- and medium-sized family farmers and the rural communities they support, that has been dashed now.

We are so proud of Lindsey Luscher Shute after her outstanding performance before the senate committee on Agriculture, Nutrition and Forestry. She did a fantastic job of representing the struggles facing young farmers, from land access and affordability, student loan debt, health care affordability to the bias against women and people of color in the existing agricultural framework. She went on to outline the progress needed going forward and the issues that need to be addressed in the next Farm Bill in order to support a new generation of farmers who face different challenges and require different support mechanisms.

Lindsey also submitted a full written testimony that goes into much more detail about the young farmers movement. To read the full testimony click HERE

As the next Farm Bill approaches, the House Agriculture Committee members are beginning to gather input from farmers, ranchers and other stakeholders. As you may know, several current programmes that contribute to the success of organic agriculture are under threat of elimination as so it is imperative that policy makers hear directly from organic farmers, researchers and organic farming advocates.

There are three upcoming listening sessions in the next week organised by the Organic Farming Research Foundation.

If you are hoping to speak at one of the listening sessions, arrive early as the opportunity to speak will be decided on a first come first served basis and speaking time will likely be restricted to approximately 2 minutes.

If you would like more information about the listening sessions or the issues at stake, please email policy@ofrf.org.

From the Center for Rural Affairs

Federal crop insurance is the major farm safety net program. It is also the costliest program outside the nutrition title of the federal Farm Bill. Unlike most other Farm Bill programs, there are no limits on crop insurance subsidies and only minimal conservation requirements.
This makes the program ripe for reform. We predict action on federal crop insurance will be among the most contentious issues during the 2018 Farm Bill debate. We have identified 4 key areas for changes, click HERE.

I grew up on a dairy farm and currently live in a small town in a farming area. I have spent my 50-year professional career working in agriculture, mostly with farmers and people in rural communities. I think farmers have the same “right to farm” as other Americans have to pursue any other professional occupation. However, I don’t think real farmers deserve, need, or even want special constitutional privileges. Here are ten reasons for opposing “right to farm amendments.”

1. Agricultural producers already benefit from special right to farm “legislation” in all agricultural states. These laws protect farmers from frivolous nuisance suits brought by uninformed or intolerant neighbors who have moved into traditional farming communities.

2. People in rural communities who have the greatest concern for the future of family farms and rural communities are opposing right to farm amendments. National organizations, such as the Humane Society of the U.S. and the Sierra Club, support rural opponents because they don’t think agriculture should be exempt from public accountability for their actions.

END_OF_DOCUMENT_TOKEN_TO_BE_REPLACED 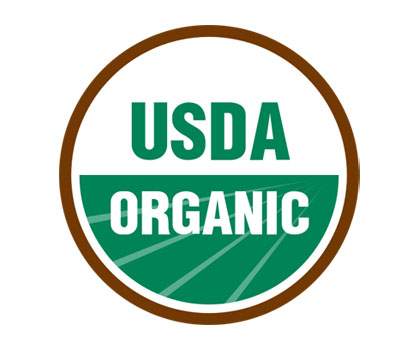 In today’s press release, the USDA has announced new figures that show the organic industry continues to grow domestically and internationally. Certified organic farms and businesses in the United States have witnessed a 245% increase since 2002 while consumer demand continues to increase exponentially. To help producers further access these markets, the 2014 farm bill has included provisions to support the organic community, including:

For more information,  check out the USDA Organic Resources Page 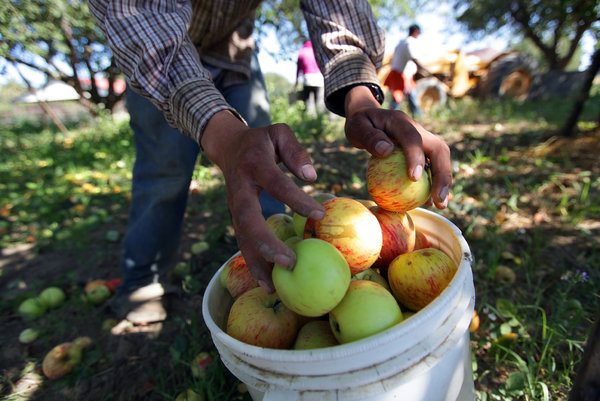 WASHINGTON — The farm bill signed by President Obama last month was at first glance the usual boon for soybean growers, catfish farmers and their ilk. But closer examination reveals that the nation’s agriculture policy is increasingly more whole grain than white bread.

Within the bill is a significant shift in the types of farmers who are now benefiting from taxpayer dollars, reflecting a decade of changing eating habits and cultural dispositions among American consumers. Organic farmers, fruit growers and hemp producers all did well in the new bill. An emphasis on locally grown, healthful foods appeals to a broad base of their constituents, members of both major parties said.