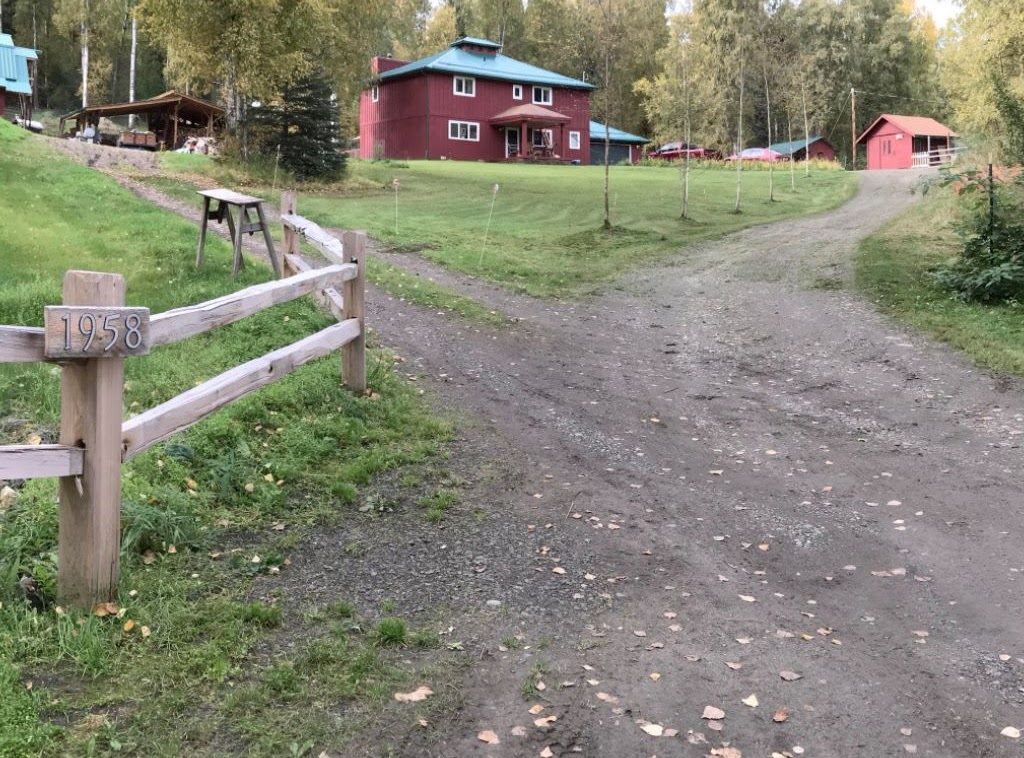 The owners of this property, John and June Strothenke are selling in the most unusual way – an essay contest! It costs $1000 to enter but they are only accepting 420 applicants so that odds that you could win are relatively high!  END_OF_DOCUMENT_TOKEN_TO_BE_REPLACED

We wanted to point you in the direction of activist, author, and poet Janisse Ray’s new book The Seed Underground. Ray’s most recent work focuses on perhaps one of the more overlooked and important aspects of food security, the seed. END_OF_DOCUMENT_TOKEN_TO_BE_REPLACED

You know that feeling? When everything you were building burns down? The planks of a reasonable life you’ve laid crumble underneath you, and you find yourself free-falling like Alice down a hole that feels bottomless.  You don’t know who you are.  You’re clueless about whom you might become.

For me, after a fire literally burned down my dream house one July, I peeled a paperback edition of William James’s essays on psychology from the charred wall of my study.  The book had been compressed into the wall from the pressure of the firefighters’ hose.  I ripped from my burnt walnut desk a copy of Buddhist psychologist Mark Epstein’s book Going to Pieces Without Falling Apart.

It hadn’t been an easy summer, even before the fire. END_OF_DOCUMENT_TOKEN_TO_BE_REPLACED 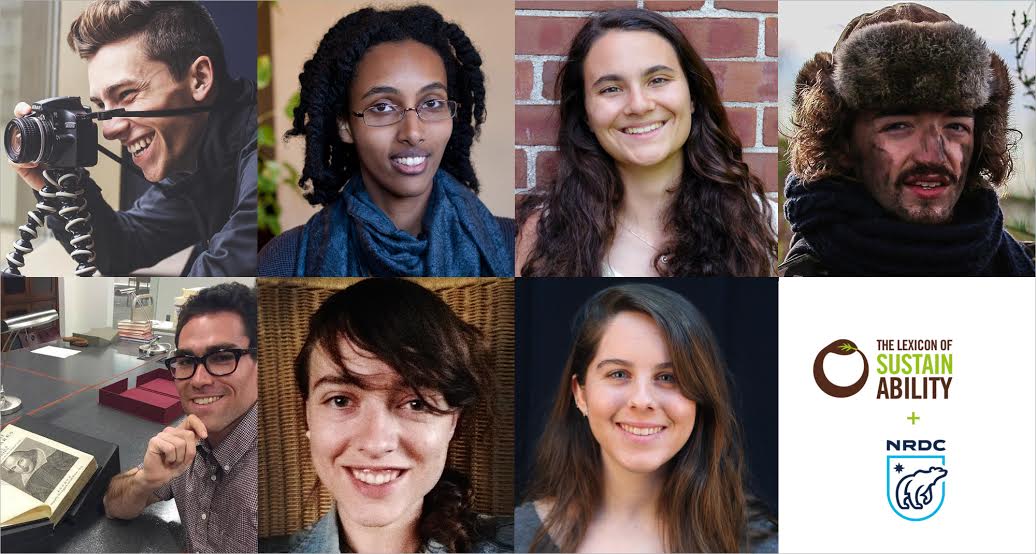 The future is a long time and the winners of the Voices of the Soil Contest, hosted by Natural Resources Defense Council (NRDC) and Lexicon of Food understand the importance of our soil and our future.

The eight winners, ages 18-28, were chosen by a panel of soil experts including Joel Salatin, Dr. Elaine Ingham and Ian Davidson.

The contest was created to increase understanding and awareness of the vital importance of soil health, and to celebrate the International Year of Soils. Many people understand the connection between soil and food, but fewer people realize soil also has an important role in sequestering carbon and alleviating some of the worst impacts of climate change, like drought and flood. Find the list of the winning submissions HERE. 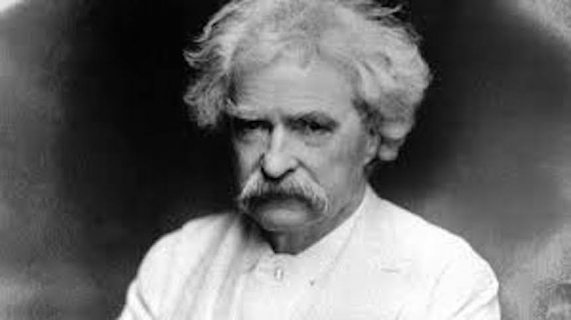 How I Edited An Agricultural Paper (Once)

I did not take temporary editorship of an agricultural paper without misgivings. Neither would a landsman take command of a ship without misgivings. But I was in circumstances that made the salary an object. The regular editor of the paper was going off for a holiday, and I accepted the terms he offered, and took his place.

The sensation of being at work again was luxurious, and I wrought all the week with unflagging pleasure. We went to press, and I waited a day with some solicitude to see whether my effort was going to attract any notice. As I left the office, toward sundown, a group of men and boys at the foot of the stairs dispersed with one impulse, and gave me passage-way, and I heard one or two of them say: “That’s him!” I was naturally pleased by this incident…

2015 is the International Year of Soils, so in celebration of one of our most important natural resources, Natural Resources Defense Council (NRDC) and Lexicon of Sustainability are hosting the “Voices of Soil” Essay and Video Contest for young farmers, agricultural students, or any young person who appreciates the value of healthy soil.

We are accepting ​​written essay and/or video submissions ​that answer one or more of the following questions:

1. WHY IS SOIL HEALTH IMPORTANT TO YOU AND YOUR COMMUNITY?

2. WHAT IS THE IMPORTANT RELATIONSHIP BETWEEN SOIL CARBON SEQUESTRATION AND A HEALTHY CLIMATE?

3. WHY IS THE RELATIONSHIP BETWEEN SOIL AND WATER IMPORTANT?

​Videos must be no longer than 5 minutes in length and you can copy/paste the complete URL of the video from the following platforms: LexiconofFood.com, YouTube.com, Vimeo.com (examples:https://www.lexiconoffood.com/video/lets-talk-about-soil or https://www.youtube.com/watch?v=arTAwCNAaFA orhttps://vimeo.com/53618201).

Written essays must be between 700 and 1000 words and uploaded files should be less than 64MB, .pdf, .doc, .docx formats only allowed. Alternatively you can copy/paste the complete Lexicon of Food post URL for the essay (example:https://www.lexiconoffood.com/post/ten-things-you-should-know-about-soil)

The “Voices of Soil” contest is open to US residents (excluding Puerto Rico) ages 18 to 28, who love soil and are pursuing an education or career in agriculture, environmental science, or other related fields to enter. We especially encourage submissions from young farmers. Partner staff, relations of partner staff, and relations of the judging committee are not eligible to compete.​

A commons cannot survive within conventional structures, which are highly permeable and designed for ease of buying, selling, and profit-maximization […] How do we structure commons governance to prevent corruptions, to serve all stakeholders, and to function efficiently?

Read On lawyers and sea urchins, a sidebar for the latest edition of STIR magazine! You can pre-order the latest issue, Law and Social Change here.

Mark Bittman of the New York Times, Michael Pollan of the University of California, Berkeley, Ricardo Salvador of the Union of Concerned Scientists, and Olivier De Schutter of the Catholic University of Louvain have collaborated on a new article in the Washington Post that puts forward a plan for a national food policy. For the authors, “The food system and the diet it’s created have caused incalculable damage to the health of our people and our land, water and air” and that this damage continues because “we have no food policy — no plan or agreed-upon principles — for managing American agriculture or the food system as a whole.”

They put forward a set of basic tenets that could inform a national food policy adequate to our age. The priorities of this policy include healthy food for all, reducing the carbon footprint of the food industry, investing in food that is free of dangerous chemicals, and treating animals with compassion and attention to their well-being. END_OF_DOCUMENT_TOKEN_TO_BE_REPLACED

Todays post is the text of an opinion piece written by William C Gehrke and published in The Kansas Union Farmer on April 16, 1936! Gehrke does an incredible job of articulating the benefits of organizing farmers, the challenges posed by hegemonic education, and the insufficiency of “rugged individualism and the gold standard.” His remarks are stunningly insightful and relevant to our situation today.

Union Farmer Editors: The following article by Mr. Gehrke contains so much that is good that we feel it is worthy of a front page position.

I am taking up the suggestion of A.W. Ricker of Minnesota by giving my personal reflections in the following comments.

Having lived on the farm for 27 years, only absent long enough to take my four years of college work, I still feel my interests are just as strongly with you. However, any views I hold I do so in the interests and welfare of all concerned, rather than just our particular class. I feel highly honored to be a member of the Farmers Union because of the principles for which they stand and the democratic procedure that governs the organization. In the Unions [sic] workings and philosophy, I can see the more abundant life so many desire yet I can see many of the shortcomings that prevent this attainment. I sometimes marvel at the faith, patience, and endurance of the leaders and its members knowing what the odds are against them. In spite of these known odds they struggle on slowly gaining those things necessary for the abundant life. I wish we had a better way to get more people including the farmers to see all our problems from a social viewpoint. By that I mean that every action of ours should be tested in the light as to how it will affect our fellowmen rather than the selfish motive that prompts each individual to get the better things at the expense of someone else.

There is a rather hopeless situation before the mass of people to which you and I belong. Remember there are just two classes of people—there are the ruling class and the ruled class. When we go to the records of ancient civilizations we find the grim face that most of our civilizations were built with a certain group bearing the brunt, generally known as slaves. It is common knowledge that in the United States we hear more about economic freedom, personal freedom, and freedom of the press than in most other countries, yet little realize the numerous obstacles that prevent us from really exercising these. Physical slavery, where the master drives with a long whip, is of course a scene that would be hard to find. But there are so many ways of accomplishing the same purpose; such as monetary control, real wages and monetary wages, false advertising, biased court decisions, false newspaper propaganda, and many others. END_OF_DOCUMENT_TOKEN_TO_BE_REPLACED

Check out the text of Richard Heinberg’s talk at the recent Techno-Utopianism conference in New York.

How to Shrink the Economy without Crashing It: A Ten-Point Plan
The human economy is currently too big to be sustainable. We know this because Global Footprint Network, which methodically tracks the relevant data, informs us that humanity is now using 1.5 Earths’ worth of resources.
We can temporarily use resources faster than Earth regenerates them only by borrowing from the future productivity of the planet, leaving less for our descendants. But we cannot do this for long. One way or another, the economy (and here we are talking mostly about the economies of industrial nations) must shrink until it subsists on what Earth can provide long-term.
Saying “one way or another” implies that this process can occur either advertently or inadvertently: that is, if we do not shrink the economy deliberately, it will contract of its own accord after reaching non-negotiable limits. As I explained in my book The End of Growth,there are reasons to think that such limits are already starting to bite. Indeed, most industrial economies are either slowing or finding it difficult to grow at rates customary during the second half of the last century. Modern economies have been constructed to require growth, so that shrinkage causes defaults and layoffs; mere lack of growth is perceived as a serious problem requiring immediate application of economic stimulus. If nothing is done deliberately to reverse growth or pre-adapt to inevitable economic stagnation and contraction, the likely result will be an episodic, protracted, and chaotic process of collapse continuing for many decades or perhaps centuries, with innumerable human and non-human casualties. This may in fact be the most likely path forward.
…

You can read the rest of the talk HERE.

To learn more about Richard Heinberg HERE and The Carbon Institute, at which he is a member, HERE.