Chris Newman is a farmer in Charlottesville working towards a sustainable, healthy and organic future for his family and community. Yet despite this, Chris, as a black man faces racial profiling and discrimination on a regular basis. He has been attracting a lot of attention lately due to his recent facebook post that called out the counter-protests that took place after the white nationalist protest against the removal of a confederate monument saying that he felt “far less bothered by the flag wavers in this picture [above] than this town’s progressives assuming its race problem has nothing to do with them.”
END_OF_DOCUMENT_TOKEN_TO_BE_REPLACED 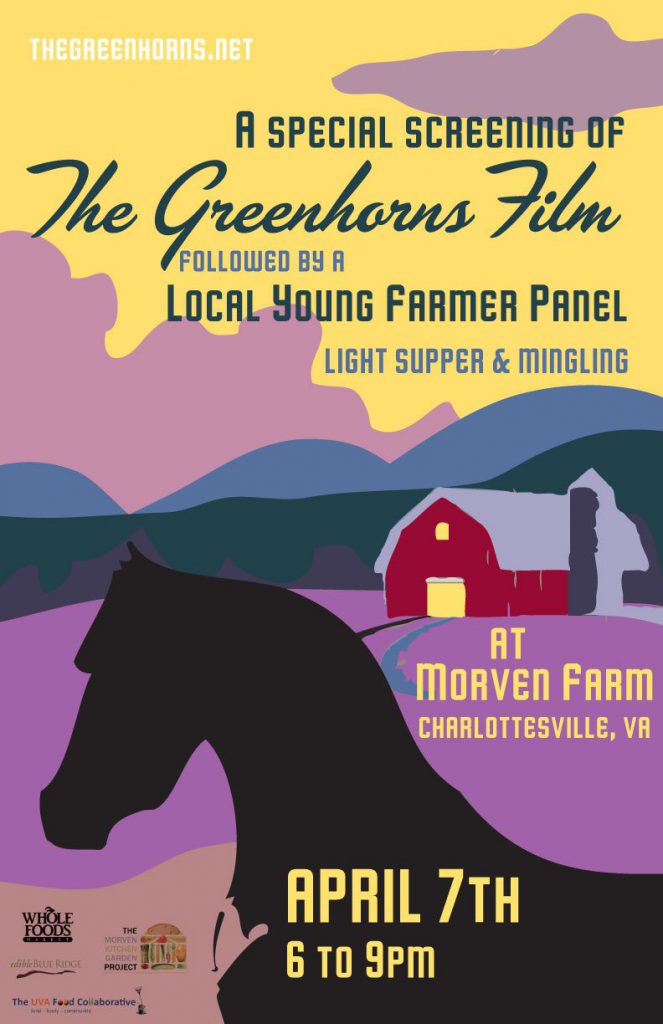 JOIN US on Thursday, April 7th for a special screening of “The Greenhorns”, followed by a local young farmer panel moderated by Severine. The evening begins at 6pm with light supper (graciously provided by Whole Foods) and mingling, followed by the film and panel – all taking place inside a breathtaking racehorse barn at Morven Farm in Charlottesville, VA.
When: April 7th, 6-9pm
RSVP: SPACE IS LIMITED – if you would like to attend this screening event, please RSVP to Michelle: mrr5q@virginia.edu. Detailed directions to Morven Farm will be provided upon receiving your RSVP. Check out the Facebook event page!
41.995092-73.875411