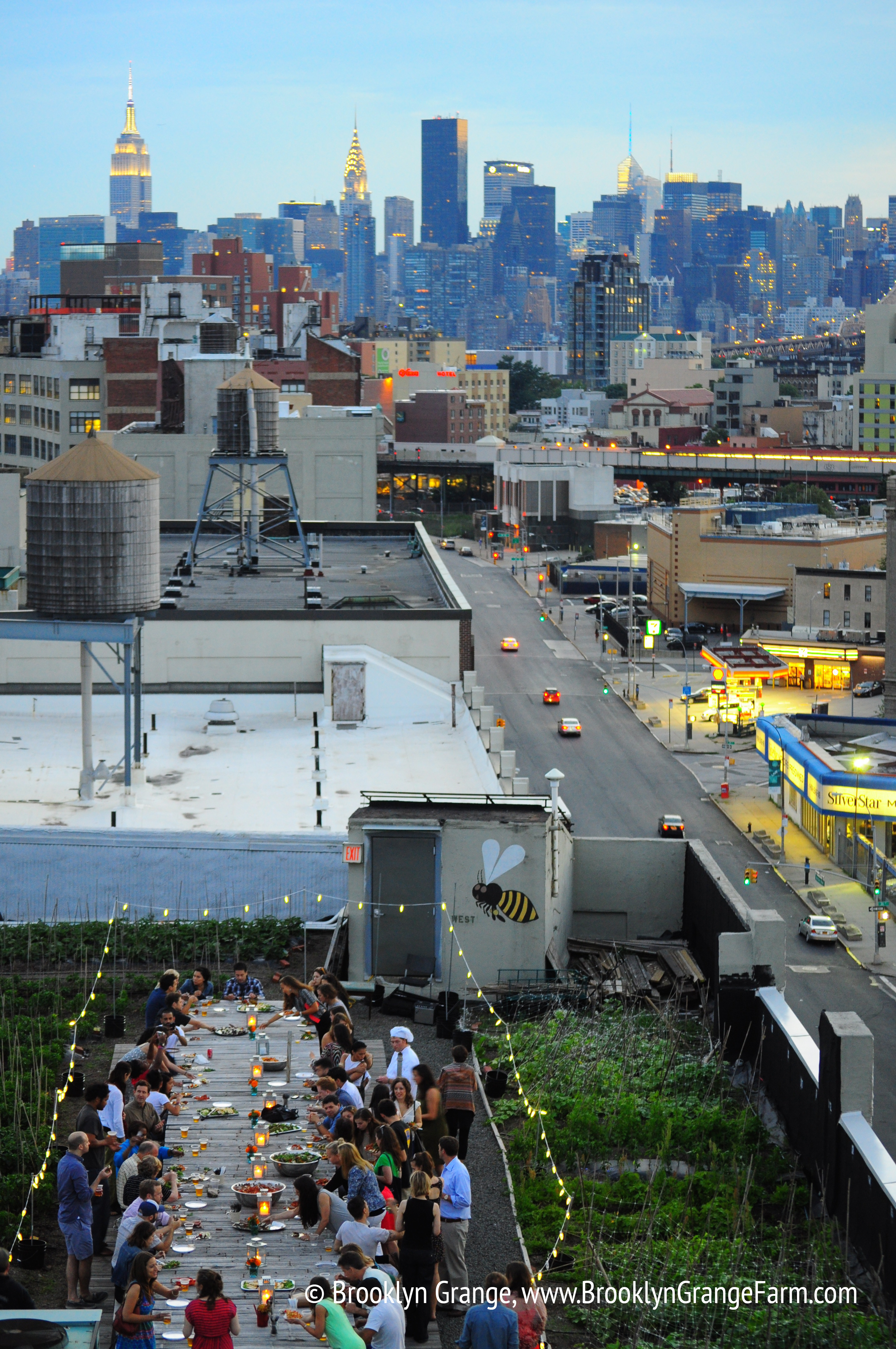 Greenhorns correspondent Julia Caruso spoke with Anastasia Cole Plakias of Brooklyn Grange about the farmer’s perspective on the relationships between urban and rural farms and Brooklyn Grange’s biggest challenge.

It is undeniable that real estate is skyrocketing in metropolitan areas with New York City arguably leading the pack. City dwellers are being pushed out, businesses are being forced to move, and urban farmers’ creativity is being tested. That’s why when Anastasia Cole Plakias, Ben Flanner, and Gwen Schantz, co-founders of Brooklyn Grange Rooftop Farm were looking to purchase land in New York City in 2010, they looked up towards the sky.

Brooklyn Grange began as the largest rooftop soil farm in the world with one-acre of land atop a commercial building in Long Island City. They broke even their first year and two years later they expanded and purchased 2.5 acres of rooftop space above the Brooklyn Navy Yard on a 20-year lease. Anastasia, VP of Brooklyn Grange Rooftop Farm, said that the only way they could be fiscally responsible and create a replicable and scalable urban farm, was by purchasing land closer to the sun. But even with their success it is becoming exceedingly difficult to sustain.

END_OF_DOCUMENT_TOKEN_TO_BE_REPLACED

Tickets are now available for the 12th annual Rural Route Film Festival!  Get yer Opening Night tix at Brooklyn Grange here!  Get yer Museum of the Moving Image tix here!
The line-up includes a mix of new movies and all-time classics, plus top notch shorts from around the globe.  Features include Yared Zeleke’s LAMB (“Sheer brilliance knits together first Ethiopian film at Cannes” –The Guardian); plus New York premieres of German director Veit Helmer’s Little Rascals-inspired FIDDLESTICKS, and Moein Karimoddini’s documentary, ATLAN, about a young Turkmen Iranian horse trainer.  Rounding out the line-up are gorgeous favorites, THE BLACK STALLION (1979) and WHITE MANE (1952) by the director of The Red Balloon.
The Brooklyn Grange event includes a ukulele performance by local Japanese/Bossa Nova guru, Sakai, plus a mix of narrative, animated, documentary and experimental short films from Maine, the Netherlands, Tennessee, the Georgian/Armenian border, Iowa, Iceland and beyond – w/several filmmakers in attendance!  There will be food and beer specials afterwards courtesy of COFFEED and SingleCut, w/the support of the Dutch Consulate!
Get special leaks & updates — FOLLOW @: https://www.facebook.com/RuralRouteFilms
& https://twitter.com/ruralroutefilms