What do milk and jails have to do with each other? Check out this short video to find out!

By Jeannette Catsoulis of the New York Times

“Bad behavior is pretty rare in our industry,” one of the six young farmers profiled in “Farmland” tells us. Though he doesn’t elaborate, his comment’s lack of detail and depth is typical of a film that plays more like a feature-length advertisement than like a documentary. You keep expecting the camera to zoom in on a packet of bacon or a box of cereal.

A glance at the publicity notes, however, will tell you that this one-sided puff piece was “made with the generous support of the U.S. Farmers and Ranchers Alliance,” a trade association formed in response to films like “Food, Inc.” Smooth and folksy, it traffics in broad, unchallenged claims that serve a single purpose: to persuade us that the only thing wrong with today’s farming methods is our misinformed perception of them. 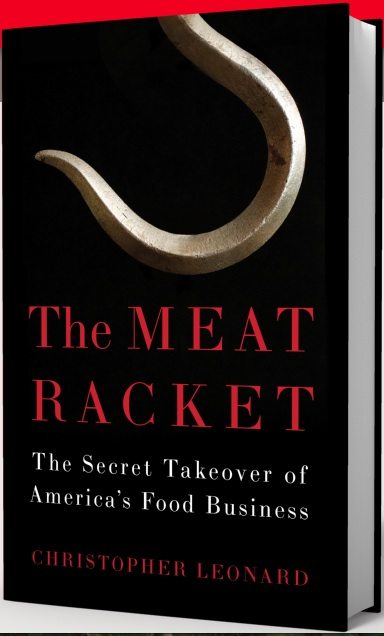 In The Meat Racket, investigative reporter Christopher Leonard delivers the first-ever account of how a handful of companies have seized the nation’s meat supply. He shows how they built a system that puts farmers on the edge of bankruptcy, charges high prices to consumers, and returns the industry to the shape it had in the 1900s before the meat monopolists were broken up. At the dawn of the twenty-first century, the greatest capitalist country in the world has an oligarchy controlling much of the food we eat and a high-tech sharecropping system to make that possible.