Many Christian denominations around the world have massive landholdings which can be put to productive use. Kenya’s Catholic Church, for example, made 3,000 acres (1,214 hectares) of land available to commercial farming in 2015 to fight hunger.

And decades of declining congregations in the United States offer an opportunity to faith communities interested in farming.

“Western North Carolina is predicted to have 40 per cent of its churches close in the next 10 years because of lack of parishioners,” said Severine von Tscharner Fleming, director of Greenhorns, a non-profit that supports young farmers.

“What will happen to that land?”

Von Tscharner Fleming co-organized the first FaithLands conference last year, bringing together land activists and the faithful to improve the health of both people and the planet.

“These are people who are interested in activating their land portfolio for good… For many of these groups, the answer is food charity, and that’s been a long-standing tradition within the church,” she said.

To consolidate this new movement, FaithLands supporters are studying the extent of church-owned properties in the United States, she said.

Meet: Severine von Tscharner Fleming of Sail Freight Maine
She wants to borrow your boat, but it’s all about farming.
by Mary Pols for the Portland Press Herald

Severine von Tscharner Fleming recently landed a spot (No. 23) on Food & Wine and Fortune magazines’ dual list of the most powerful women in food and drink. The honor came about in large part because of her work with the Greenhorns, a national organization to support new farmers, but the 33-year-old resident of Essex, New York, and frequent visitor to Maine has her hands in many projects. The latest is Maine Sail Freight, a plan to get Maine sailors and farmers to work together to ship goods down the coast to urban centers (Boston and New York, as well as points in between) in the old-fashioned way. Von Tscharner Fleming masterminded a similar project in Vermont in 2013, and now her vision is to harness the sustainability of wind power and the romance of the seas to spread the Maine brand in the prettiest possible way. We talked to the University of California-Berkeley graduate, who majored in conservation and agro-ecology, about seaweed, the troublesome future and how to pronounce that mouthful of a name of hers (the “t” is silent).

The Maine Organic Farmers and Gardeners Association, A farming organization with a strong grassroots history, announced Wednesday that it received a gift of $1 million to help support and train new farmers, the largest financial donation in its history.

Officials from the Maine Organic Farmers and Gardeners Association said that they were thrilled with the gift from the New York City-based Partridge Foundation, which also pledged an additional $1 million to MOFGA if the Maine group can raise a matching amount over the next 18 months. All the monies are to be used for MOFGA’s new farmer programming.

To read more about this amazing news, click HERE!

By 9 a.m., Jack Motter had been planting peas for hours.

He pushed a two-wheeled contraption that deposited a seed every few inches along neat rows at Ellwood Canyon Farms, just outside Santa Barbara. As clouds gathered overhead, he picked up the pace to avoid losing days of work to the fall rain.

Timing can mean the difference between profit and loss for the 4-year-old farm.

Motter and his business partner, Jeff Kramer, are part of a growing crop of farmers — many of them young — choosing to produce food without pesticides and synthetic fertilizers. As consumers demand more fresh and local food grown with minimal environmental effects, a new generation has taken up organic farming.

The two Brawley, Calif., natives, both 30, have learned that small-scale agriculture is neither easy nor lucrative. Their days on the 15-acre farm start at dawn and end with exhaustion.

“There’s nothing romantic about it,” Kramer said. “It’s hard work and long hours for little pay.”

Agriculture officials are hoping more young people heed the call to till the land, whether organically or conventionally, as the average age of California farmers continues to climb. It hit 58 in 2012, up by nearly two years from 2007, according to the U.S. Department of Agriculture’s most recent census.

read the full text here & watch a great video that accompanies the piece. 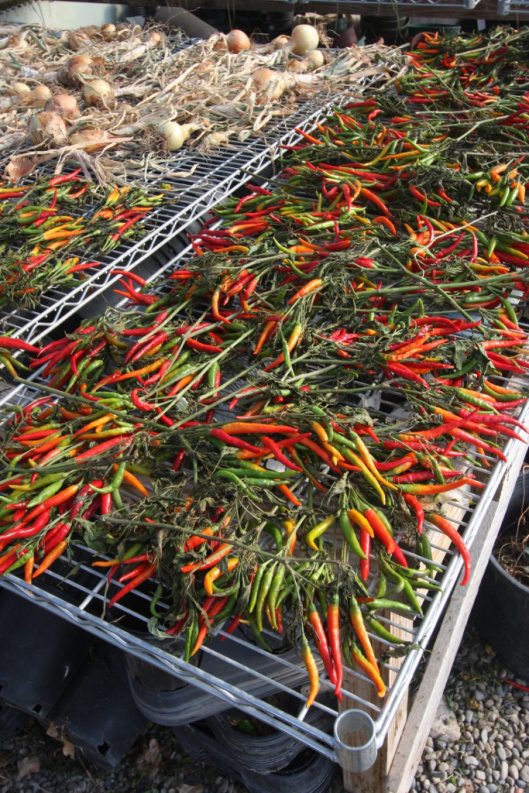 Welcome to the virtual coffee shop for agrarians!

Pull up a laptop and join the conversation. Do you have a farming issue on your mind, or maybe a tool design that you’d like to share, a crop problem that needs to be solved, a beginner’s question that needs to be answered, or an intriguing idea that needs to be floated? If you do, Farm Hack is the place to go.

It’s not the Bellyache Café, however. Leave all complaints, rants and political opinions at the door. END_OF_DOCUMENT_TOKEN_TO_BE_REPLACED

Food Matters | Fifteen Tons of Groceries, Sailing Down the Hudson

Now that urban rooftops are buzzing with beehives and C.S.A. deliveries are the new FreshDirect, where does the slow-food movement go next? One key issue confronting the locavore movement is transportation — the “to” in “farm to table.”

Before the Industrial Revolution, most food was regional by necessity, shipped via wind-powered boats. Urban waterfronts were vibrant centers of commerce and community. Seeking a more sustainable way to get his grain to market, the Vermont farmer Erik Andrus conceived the Vermont Sail Freight Project to find out if this model could work again today. In April, he raised more than $15,000 on Kickstarter to build a 39-foot-long plywood sail barge named Ceres (after the Roman goddess of agriculture). The Greenhorns, an Essex, N.Y.-based farmer advocacy group, and the Willowell Foundation, a nonprofit education organization, signed on as partners to raise additional funds, handle the project’s logistics and recruit farmers and volunteers.

“We’re at an inflection point,” said Severine von Tscharner Fleming, the founder of the Greenhorns. “Can we, as farmers, collaborate on a distribution system that matches our values and preserves the craft economy?” END_OF_DOCUMENT_TOKEN_TO_BE_REPLACED

In Conversation with Severine von Tscharner Fleming, a Young Farmer and Activist 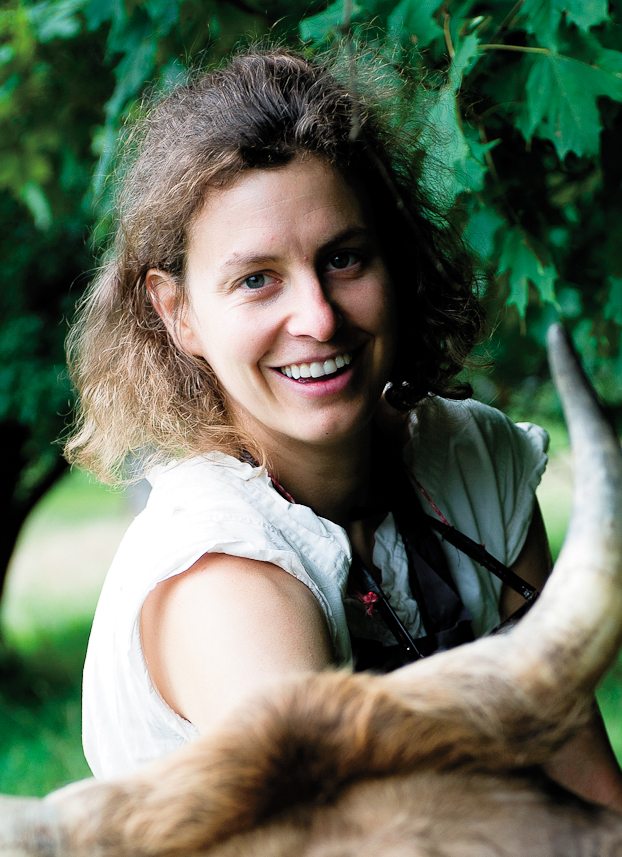 I first met Severine von Tscharner Fleming when she was a student at UC Berkeley. Her bubbling, nay BOILING energy was a pleasant surprise for me. This wasn’t some idealistic naïve college student nonsense: Severine was already at that point a killer organizer, a thoughtful writer, and a principled investigator into all things farming. In working with and knowing her for the past 8 years, she’s only gotten better, and her work has successfully spread and become more and more effective. Severine’s list of projects is positively intimidating for people not used to such ambition, or trying to plot their own path into food/farming activism. My read is, if you have that ambition, and you can marshal it for good, and not be a jerk in the process, then go for it! And Severine should serve as an inspiration to all activists: young, farmy, or not.
Read the rest of the interview here.

on his podcast.  Listen HERE. 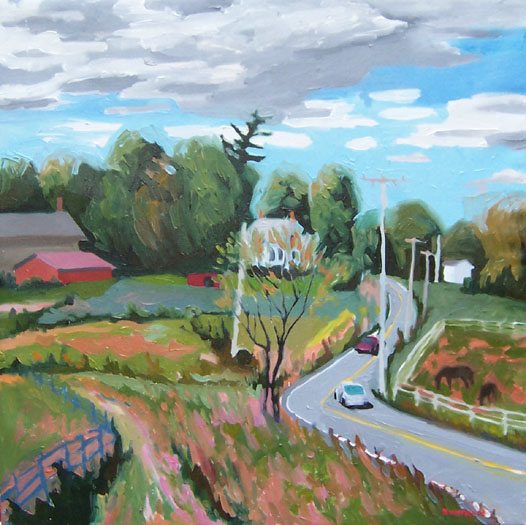 Why are almanacs still produced today in spite of the web? Why are they so compelling? In this episode of In My Backyard, Lisa Bralts uses modern technology to research some answers. She also talks to a young woman working with many others to reclaim and redistribute old farming knowledge by publishing an analog farmers almanac… but with some current-day touches. Here’s the write-up:
Rick Prelinger sez, “Our friends at The Greenhorns, a national organization of young farmers, just published the first (and hopefully not the last) edition of their New Farmer’s Almanac, which they call “an entertaining collection of practical advice for farmers and other patriots.” Its 300 pages are full of surprises — field notes from new farmers in city and country, archival tidbits from 200 years of agricultural bulletins and magazines, deep thoughts on land use in America, puzzles, meat-cutting charts and reproducible labels for your own homemade cheese. It’s much more than a patchwork, though — this book is at once radical and traditionalist, a generous handful of dispatches from the DIY movement that aims to fix our broken food system and relocate the center of innovation and idea-making from city to country. Ben Franklin would love this book. Purchase it, if you like, and increase the chances that it will become an annual publication as regular as the seasons.

“Quote from page 30: ‘An almanac is a little book hiding an encyclopedia within its covers. Its job is to offer proverbs that turn into projects, household hints that help harvests flourish, facts that keep animals healthy and plants straight on their stems.'”