An Ode to the Scuffle Hoe

What weapon this?
In tool section A
I’d not known to miss
Your smoothly slicing foray

Through the barely there weeds
Conspiring today for the weeks coming hence
O! Not so! – those ignoble plants!
Your sharp ring with ease
Hardly turning the soil, so graceful your dance
And happ’ly no more is that threat’nd advance

So simple so sweet!
Scuffle hoe mine
Not once did I meet
a tool so humbly divine.

So thank you, yes, thank you
My dear scuffly friend.
But –
I’ve hustled and huffled past my wits’ bend…

And now I am thinking about going to a no-till, dense planting strategy with intensive cover cropping and mulch application. So I’m not really sure how much I’ll use you anymore. But thanks for all the help, you really saved my back from a lot of strain. 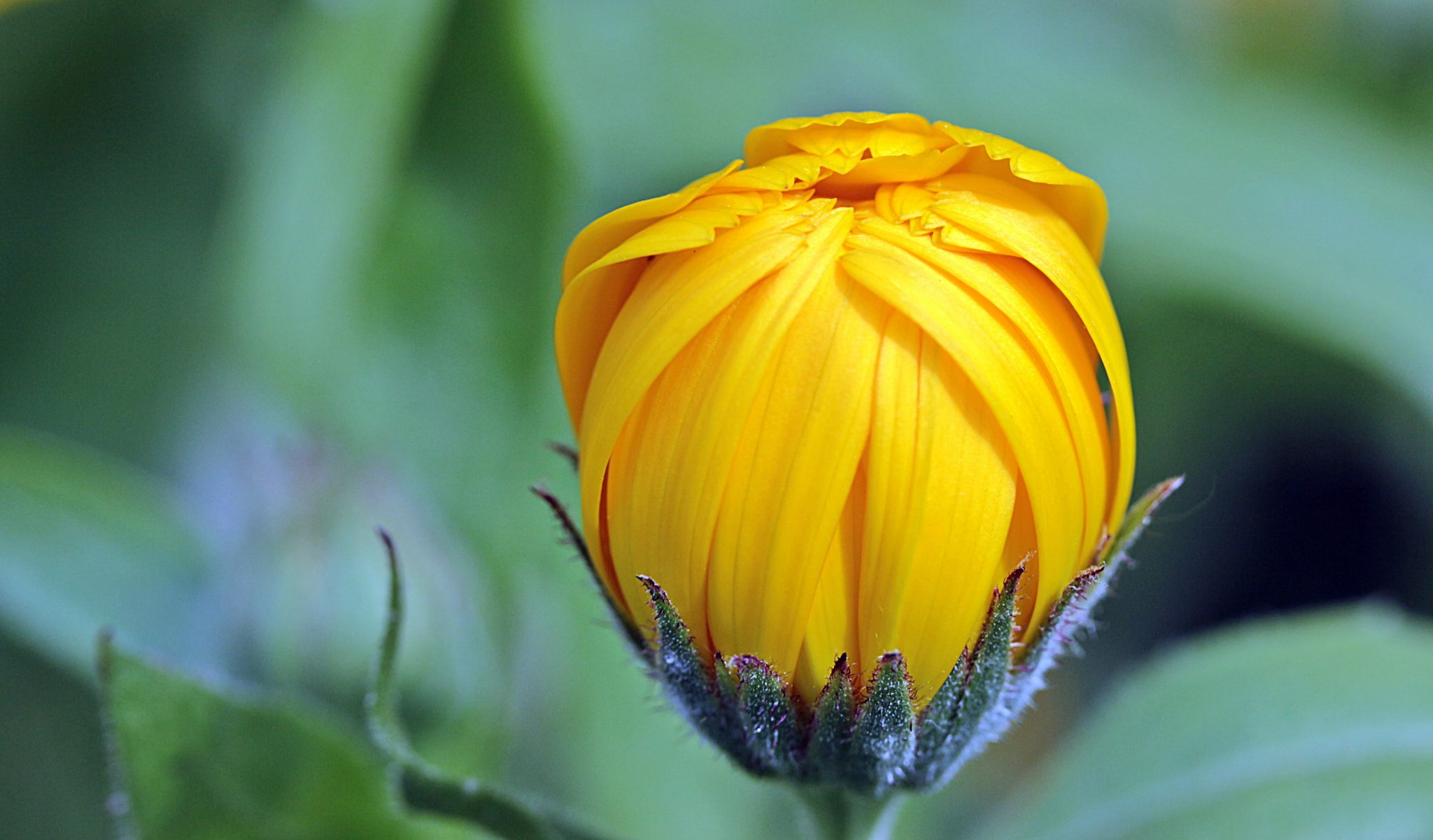 Tightly-folded bud,
I have wished you something
None of the others would:
Not the usual stuff
About being beautiful,
Or running off a spring
Of innocence and love —
They will all wish you that,
And should it prove possible,
Well, you’re a lucky girl.

But if it shouldn’t, then
May you be ordinary;
Have, like other women,
An average of talents:
Not ugly, not good-looking,
Nothing uncustomary
To pull you off your balance,
That, unworkable itself,
Stops all the rest from working.
In fact, may you be dull —
If that is what a skilled,
Vigilant, flexible,
Unemphasised, enthralled
Catching of happiness is called

Snow melt and unusually warm days have the maple sap flowing fervently in the Northeast. It is hard not to feel as though, Winter it may still be, the growing season is upon us. Possibilities abound plentiful as the sap. And is there anything quite so delightful and quite so paralyzing as possibility?

It’s a good time for a pep-talk. And since all of our best mentors are poets, it feels right to introduce Sonya Renee Taylor, the award-winning poet, activist, founder and director of The Body is Not an Apology, an organization that promotes radical self-love and body empowerment as the cornerstones of global transformational social justice. (Can I get a heck yes?) But Sonya, oh dang: this woman speaks for herself!

If the first video is a little shot-to-the-arm pep talk (and, trust me, it is), the second video, a recording of the 2015 commencement speech at Hampshire College, is like meeting a medicine man in the woods, is a bath in the river Jordan, is a steady infusion of exactly that which you most needed. This is twenty-five minutes that you definitely have. Not to mention, there’s a bonus tutorial on paying back your student loans!

I once had the great privilege of living for a while with a lovely and formidable witchy nature woman in Maine. She had the following passage from Audre Lorde‘s The Cancer Journals posted on the inside of her bathroom door, and I have since followed suit. I cannot tell you what good it does for the spirit, to read this first thing every morning! But tomorrow morning, oh on this morning of mornings, I wanted others to read this too as we take to the streets to speak our collective truths; may we also  listen as allies to women of color, and may we remember, may we be bolstered by the words of those who have marched before us.

“I was going to die, sooner or later, whether or not I had even spoken myself. My silences had not protected me. Your silences will not protect you…. What are the words you do not yet have? What are the tyrannies you swallow day by day and attempt to make your own, until you will sicken and die of them, still in silence? We have been socialized to respect fear more than our own need for language.

I began to ask each time: “What’s the worst that could happen to me if I tell this truth?” Unlike women in other countries, our breaking silence is unlikely to have us jailed, “disappeared” or run off the road at night. Our speaking out will irritate some people, get us called bitchy or hypersensitive and disrupt some dinner parties. And then our speaking out will permit other women to speak, until laws are changed and lives are saved and the world is altered forever.

Next time, ask: What’s the worst that will happen? Then push yourself a little further than you dare. Once you start to speak, people will yell at you. They will interrupt you, put you down and suggest it’s personal. And the world won’t end.

And the speaking will get easier and easier. And you will find you have fallen in love with your own vision, which you may never have realized you had. And you will lose some friends and lovers, and realize you don’t miss them. And new ones will find you and cherish you. And you will still flirt and paint your nails, dress up and party, because, as I think Emma Goldman said, “If I can’t dance, I don’t want to be part of your revolution.” And at last you’ll know with surpassing certainty that only one thing is more frightening than speaking your truth. And that is not speaking.”

To Know the Dark
By Wendell Berry

To go in the dark with a light is to know the light.
To know the dark, go dark. Go without sight,
and find that the dark, too, blooms and sings,
and is traveled by dark feet and dark wings.

Have you been listening to Earth Matters?? This fabulous podcast series gives voice to indigenous activists, environmentalists, and people around the globe working for social justice. We cannot recommend it highly enough. Hailing from Australia’s community radio station 3CR AM, Radical Radio, you can stream episodes online or download straight form iTunes.

The link above will bring you to this past Sunday’s episode, “Creative Dissent: the pen (and voice is mightier),” which spans themes of deep connection to land, climate change, colonialism, “nationalism, nuclear disaster, direct action and love on the frontlines” in the voices of actives poets.

Because some weeks, and I think this is one of them, poetry is the thing that will carry us up.

Anyone who has farmed in New Mexico can tell you any myriad of stories about the acequia  culture that exists there. Acequias community-managed irrigation ditches that, when stopped up, flood fields along their length. This practice is centuries old and integral to the traditional ways of farming in the high desert of the region, and it closely dictates the yearly, weekly, and daily rhythms of agriculture.

First thing in the Spring, before they even think of planting, farmers across New Mexico go out with spades to participate in a ditch cleaning. They elect a majordomo (from the same root as mayor) to manage the flow of water to each farm, and they irrigate only on their allotted day. Sometimes, in the heat of noon, your majordomo will appear out of no where waving his arms frantically yelling that Ayy! There are gophers in the ditch, and you’ll grab your boots and a shovel, and drive out right quick to plug those holes up. It’s a beautiful, sometimes comical, and sometimes dramatic (seriously, they could write soap operas about this stuff) practice in which citizens co-manage their common resource of water.

In Taos County, NM, however, some believe the practice to be under threat from corporate and state infringement on water rights. The following poem was written in response to the Abeyta Settlement of 2012, which you can read more about here. You can see the original post of this poem and read the poet’s notes, on Robert Mirabal’s website.

I am water, I transport the light of the heavens into the earth into all
I am the transporter of delight, I am Acequia,
I am not owned or to be taken prisoner for foreign minds,lands,

Behind master-locks, concrete walls and the pegged barb-wire strands,
Beneath tall laws and secret negotiations,
you lock me up
is this your meaning of autonomy?
to me its a meaning of captivity, locked up tonight once again
You can explain to children’s, children how we lost our fight;
that is the cuento’s you will recite to-night

They’ll never know the shame that brands–
Dark-shame on mocking the gifts from the heavens,
One day maybe they’ll get those draggin’ days all right,
Sent from foreign commands from our future children,
to set me free once again and hopefully the men who turned the keys and sold me’s children will recognize me still.

I am water i transport the light of the heavens into the earth into all
I am the transporter of delight, I am Acequia,
I am not owned or to be taken prisoner for foreign minds,lands,

White-knuckling a fiddlehead in the yard on a summer afternoon my neck and nose burning I remember that vague hot musk smell of it and the roots cemented into miles of cracked clay, the nerve

There are vertigo moments in the expansive West I imagine slipping off the flat of the horizon body slick along the prairie grass, If only my toes were roots I could grow down to the water wave golden here with them meanwhile holding the whole Earth together

Diagram-artwork by Heidi Natura of the Conservation Research Institute.  “The Fundamental basis for encouraging use of native plant species for improved soil erosion control in streams and stormwater facilities lies in the fact that native plants have extensive root systems which improve the ability of the soil to infiltrate water and withstand wet or erosive conditions. Native plant species, like those listed in this Guide, often have greater biomass under the surface. In this illustration, note the Kentucky bluegrass shown on the far left, which, when compared to native grass and forb species, exhibit a shallow root system.”

It can seem insane to the farmer to be a farmer in July– when the flies are buzzing around your head like loud drunken satellites and you’re sweating like a mushroom on the grill, sharpening a stirrup hoe with one hand, reordering that devilish self-regenerating to-do list with the next, and then, with the third– Oh. Yeah. I’m always forgetting. We don’t have a third hand…

But I digress. All of this is just to say that when the going gets hot, I like to turn to Wendell Berry for a little bit of comfort about my life decisions. And this morsel never fails.

To be sane in a mad time

is bad for the brain, worse

– from the “The Mad Farmer Manifesto: The First Amendment” in The Country of Marriage (1973)