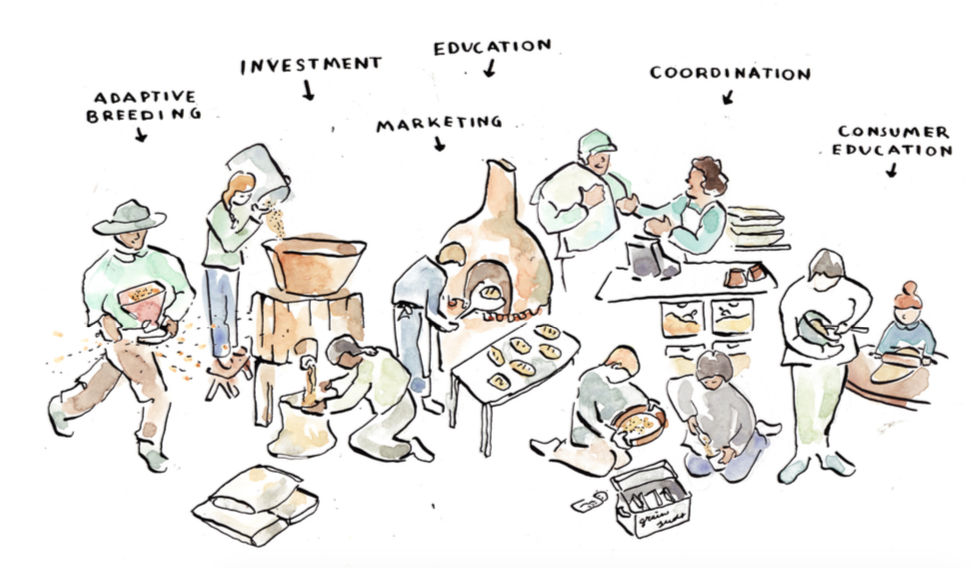 In February 2016, Greenhorns hosted a group of innovators in small-scale grains projects at Paicines Ranch, California for a first-of-its-kind convening.

We brought together these 40 farmers, millers, bakers and food activists for the purpose of discerning the trends and needs of the local grain movement. Our aim was to support relationship-building and networking amongst these pioneers. We also hoped to draw some conclusions about the next infrastructural developments and investments needed by this emerging regional grains economy.

The group represented a broad cross section of this burgeoning sector, all of whom participate in develop- ing the supply chain for a regional grain marketplace. Meanwhile, the majority of US produced, mainstream grains and beans are grown for anonymous commodity markets. Farms are often 2000 acres and larger because the crops are high-volume but low value that privilege vast acreages and expensive large scale machinery. These barriers are part of the reason staple crops are late to lo- cal markets. Another reason is that they require intermediate processing facilities such as mills and malt houses, which disappeared as farming and food handling consolidated during the early part of the 20th century.

History of grain production in the US

In the late 1800s and early 1900s, agricultural technology, from seeds to machinery, advanced and grain farming consolidated in grain belts around the country (like Idaho/ Washington, California, North Dakota, Kansas). By the 1950s and 1960s, the only milling happening at a local and small scale was for animal feed. Consolidation of grain processing has resulted in near monopoly control by Cargill etc.. who operate plants across the country. Everything from seed to market is preset for this dominant system.

Rebuilding regional, and regionally owned, grain production means creating new infrastructure, like community and on-farm mills, on-farm and regional storage and distribution channels, and developing seeds suited to locales, as well as local agricultural knowledge. Beyond these basics, professional bakers and brewers need training. These professionals are used to the uniformity of commodity products. They also need education on how to handle the variations that occur when growing and processing on a small scale. Simple logistics of getting regional staples to regional users are challenging, as storage and shipping facilities need reinvention, too. It takes quite a multi-dimensional team to steward these crops seed to loaf and ground to glass.

The people gathered at the ranch are at the forefront of a growing interest in traceable, sustainably produced staple crops. The report is a summary of the characteristics of these farm and food projects and the discussions that occurred at the meeting. It is a record of the challenges and opportunities that exist in the emerging regional grains market.

There is a growing recognition in both the faith and farming communities, of the opportunities for both to work together. Greenhorns recognized this and partnered with members from a diverse range of faith communities to hold our Faith Lands conference in California this coming March. We have connected with farmers and faith leaders from all over the country. Together we will discover what works and what does not with these two communities come together. Our partner in this work Rev. Nurya Parish of Plainsong Farm & Ministry  drew our attention to a recent article written by Kendall Vanderslice for Christianity Today about this idea of Farminaries that is spreading across the country.

“Throughout his time in seminary, Stucky had dreamed of teaching theology on a farm—or a “farminary,” his colleagues joked. Intrigued by this vision, Barnes began to explore rumors that the seminary owned a nearby piece of empty property. The seminary purchased the plot in 2010 from a friend of the school, hoping that one day the property could somehow contribute to the mission. For four years, it remained nothing more than an asset on a spreadsheet. As Barnes later discovered, the 21-acre field was already zoned for agriculture, and Princeton’s Farminary Program was born.” 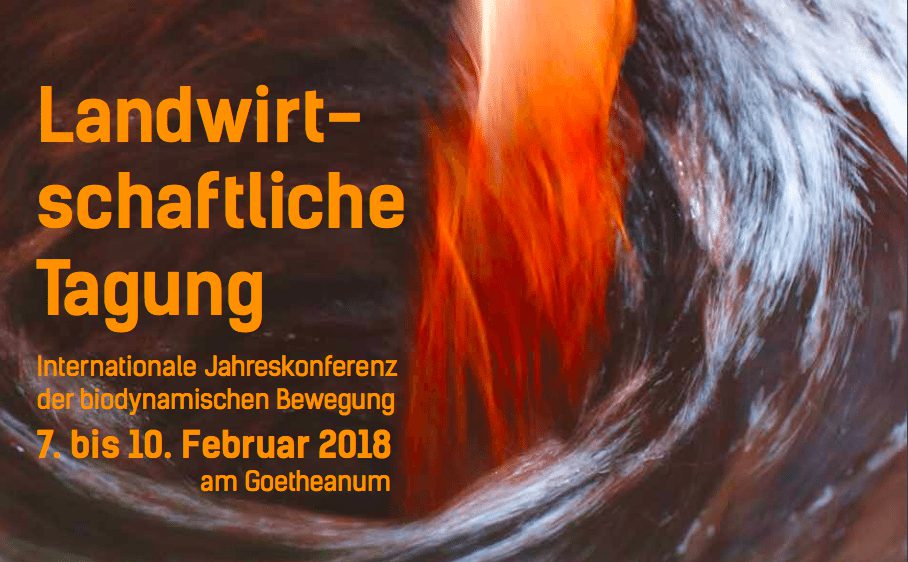 Agriculture Conference 2018 will take place from the 7th to 10th of February at the Goetheanum in Dornach.

The biodynamic preparations bring vitality to the earth, its fruits, the farms and their communities. They inspire our actions and bring concrete benefits to nature as a whole. They also present us with big questions. At the conference insights will be shared from all over the world and in order to inspire and encourage, there will be an intensive exchange of experiences. Those invited include farmers, gardeners, wine growers, orchardists, herb growers, advisors, researchers, students and apprentices, food processors, traders, cooks, nature educators and also consumers and friends of the biodynamic impulse. The plenary sessions will explore the preparations in all their breadth and depth, in the parallel themed sessions specialists will be able to share experiences and deepen their work while in the workshops intensive personal dialogue will be encouraged. To complete the programme there will be music, artistic courses, guided tours of the Goetheanum and an exhibition.

Click HERE for the Programme and HERE to register. 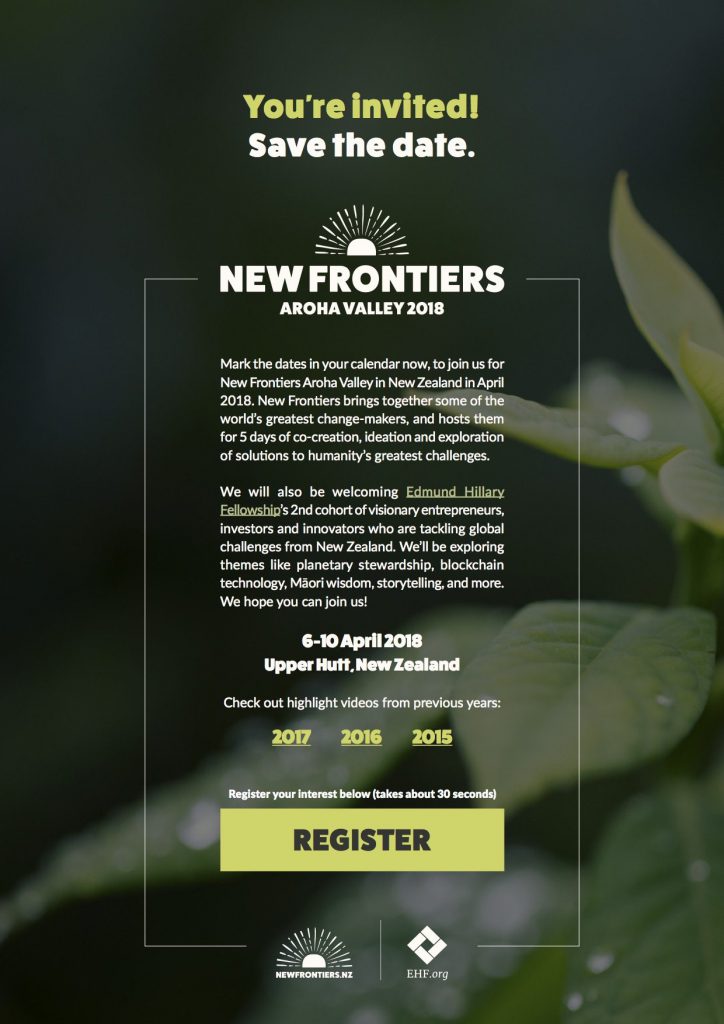 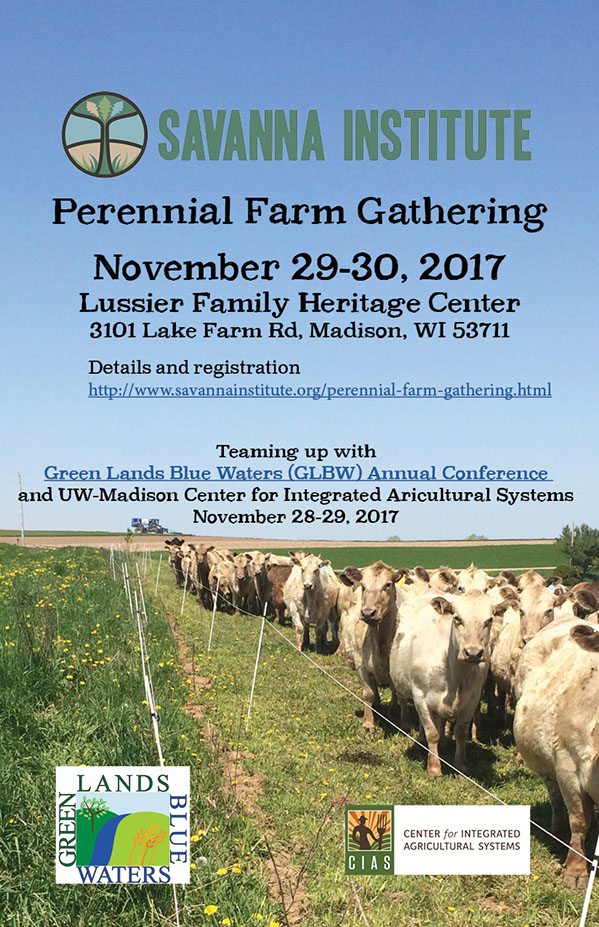 The 5th annual perennial farm gathering is coming up! Farmers, scientists, and people with a general interest in perennial crops and pastured livestock will all find it valuable to learn what other farmers are doing, what’s working well, and what needs more work.

This year, the Savannah Institute is teaming up with the Green Lands Blue Waters (GLBW) annual conference and have expanded their Perennial Farm Gathering to a multi-day event.

Click HERE for more information and the full agenda and HERE to register.

The theme of the upcoming 37th annual E.F. Schumacher Lectures, taking place on November 4th, is “Choosing the Path that is Green”,  a reference to the prophecy of the Anishinaabe peoples. Winona LaDuke, who is a member of the Anishinaabe is this years keynote speaker. La Duke is an activist, community economist and author and her work has always been in alignment with the work of the Schumacher Center and of Greenhorns. She has been a persistent advocate for community land stewardship, local food sovereignty and sustainable resource use. She has a unique ability to communicate the stories, ideas and wisdom of the Anishinaabe people in ways that are both timely and relevant.

END_OF_DOCUMENT_TOKEN_TO_BE_REPLACED 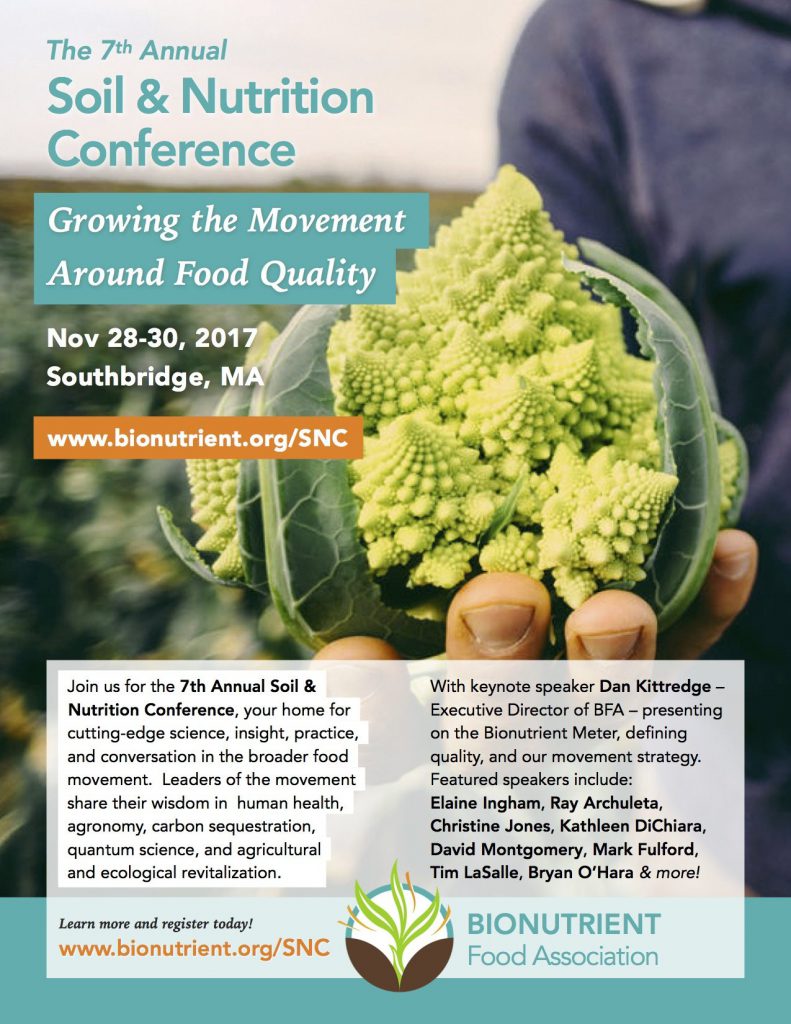 The 7th annual soil and nutrition conference organisers are committed to raising the quality of nutrition in food, beyond organics. Dan Kittredge, this year’s keynote speaker and  founder of the Bionutrient Food Association has taught 2,500 farmers, in 27 states in the last 6 years how to grow food with high Brix levels.

On the first day of the conference Dan will introduce the Bionutrient Meter, which any consumer can use to determine which vegetables, fruits, flours, and the highest in nutrition, and buy those. Over the past several decades the concentration of vitamins and minerals in our food has steadily decreased and unsustainable industrial agricultural practices have polluted water tables and undermined ecosystems The rate of degenerative diseases like Alzheimer’s, diabetes and heart disease have increased during this same time period. While correlation and causation are not the same thing, the food and water we consume undeniable has an effect on our overall health and well-being.

This conference will explore the principles, techniques and practices at the intersection of farm and human ecosystems that can be applied to improve environmental sustainability, food quality, and overall well-being by bringing together the collective knowledge of the food and environmental movements and by integrating diverse viewpoints.

To register for the conference or to learn more, click HERE

Speakers include Deborah Niemann-Boehle, a heritage breed farmer and author of three books on sustainable living, Kathy Donovan who produces  award winning heritage wool from her flock of Karakul sheep, and Steve Edwards of Gwaltney Frontier Farm, Inc , a non profit breed conservation program in VA. There are full-day and pre-conference clinics which cover a vast array of topics, from heritage breed selection to social media marketing and everything in between.

There will be a networking reception on Thursday evening before the pre-conference intensive clinics begin on Friday morning, these include:

The conference has much to offer greenhorns. If you would like your rare breed meat to be featured, the Livestock Conservancy encourages you to send business cards and flyers to Angelique (athompson@livestockconservancy.org). These can be shared with attendees during the kick-off banquet on Friday night. Your name and contact information will also be included in the conference packets that all attendees receive at check-in. There are also a number of volunteer opportunities available.

For more information about the conference or to register click HERE 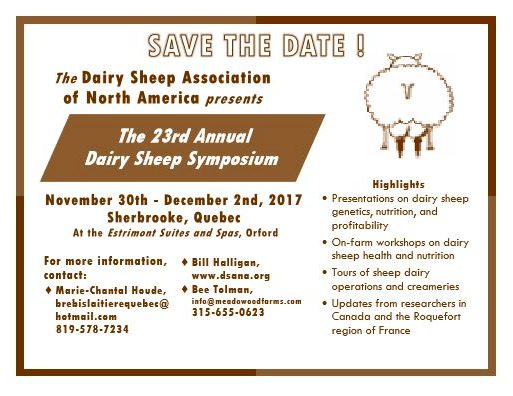 The 23rd Annual Dairy Sheep Symposium is taking place from Nov 30th – Dec 2nd this year at the Estrimont Suites and Spas, Orford (near Sherbrooke), Quebec.  The title of this year’s symposium is “Profitability in Dairy Sheep Production”, and it will focus on genetics and nutrition of dairy sheep flocks.  Each year the Dairy Sheep Association of North America travels to a different North American location  for this event. Quebec is one of the perfect spots for an event like this to be held as it has a vibrant community of sheep-milk producers and artisan cheesemakers.  The 2017 symposium will feature discussions on the development of long-term breeding plans, using milk data, the diet of dairy sheep, and the nutrition of youngstock; producer and cheesemaker panels; and presentations from dairy sheep researchers in Canada and the Roquefort region of France.  There will also be visits to Quebec dairy sheep and cheesemaking operations — and don’t forget the banquet with dozens of DSANA members’ sheeps-milk cheeses!

Are you a talented artist or designer looking to help a good cause and get exposure for your artistic endeavors? If the answer is YES, then send a sampling of your work to the wonderful folks at EcoFarm and it could be picked to promote their annual conference in Pacific Grove, CA:

Showcase your artistic vision through a unique design around the yet-to-be-announced theme of the 38th annual EcoFarm Conference. The selected artist will receive significant exposure, an honorarium, and help generate buzz for this iconic event.

Submit your portfolio to deborah@eco-farm.org by Saturday, April 1, 2017. EcoFarm will be in contact with selected artist by Wednesday, April 12. Completed artwork will be due in mid June, 2017.

If you’re unfamiliar with EcoFarm, you should get acquainted! You can learn more by clicking HERE, but this is an incredible organization with a long history of promoting an ecologically sustainable and just food and farming system, as well as putting together an inspiring farming conference each and every year.