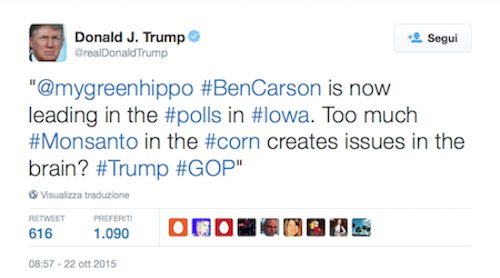 This week, for In These Times, John Collins researches what the current presidential candidates have to say about agriculture— and what he discovers might surprise you. For instance, Hilary Clinton has the most detailed proposition for supporting small farms, including mention of student debt reform. She even proposes doubling funding for the Beginning Farmer and Rancher Development Program. But, then again, she has received significant campaign funding from GMO industries. Bernie Sanders, on the other hand, has a sort of nebulous proposition that ignores the details and gets to the heart of the matter, notably including: reversing NAFTA and a fun little historical rid-bit about how Abraham Lincoln called the USDA the “People’s Department.”